Why James Corden could be music's most important tastemaker 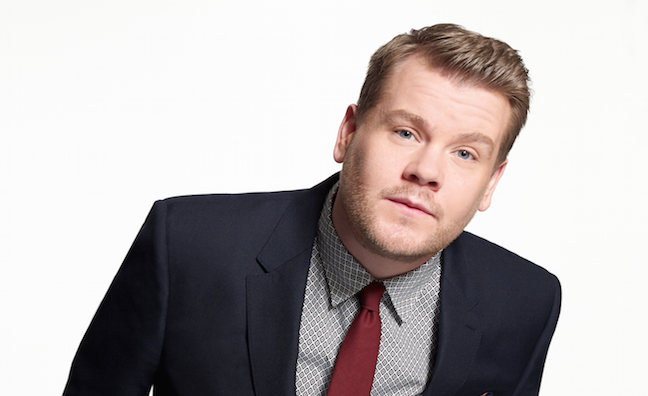 Who do you think is the UK’s leading music tastemaker?

Steve Lamacq? Annie Mac? Jools Holland? NME? MistaJam? George Ergatoudis? Graham Norton? Sorry, but no. In terms of global reach and ability to move the dial for an artist online, it has to be James Corden. There, I’ve said it.

It is, admittedly, a slightly surreal situation for us Brits to have to acknowledge the bloke off of Gavin & Stacey as being the go-to guy when it comes to making music take off online or on US TV.

But his recent elevation to partner at Fulwell 73 shows his importance to The Late, Late Show and his Apple ad and Grammy presenting stint prove that the US music biz, at least, sees him as a key figure in the business of selling music.

And, assuming he doesn’t make a massive Olly Murs/X Factor-style balls-up on the Grammys – possible, given his patchy BRIT Awards stint – that’s a reputation that you can only see growing.

Corden has the platform (The Late, Late Show), the contacts, the backing and the viral idea (Carpool Karaoke) to be able to make or break careers for years to come.

This tells us a lot about how music discovery has changed. In the old days, tastemakers were people such as John Peel, who spoke to a small, relatively selective audience that would then slowly spread the word.

Nowadays, with a few obvious exceptions (including some of those above), you need to go as broad and big as possible for the maximum impact in the minimum time.

And if that means getting in a car for a good old-fashioned singalong with the fella off of Fat Friends, well, the world’s just going to have to deal with it.