2018 albums preview: Music Week's essential guide to the records you need to know about 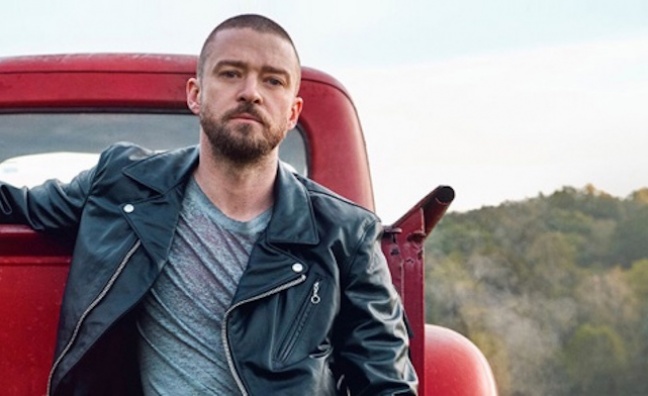 The new issue of Music Week is our special 2018 preview edition, featuring the hottest acts, tours and trends set to light up the music world over the next 12 months. Inside, we speak to cover stars Mabel, Pale Waves and Catherine McGrath about their hopes for the year ahead and look at some of the biggest tours and albums coming your way this in the next 365 days. Last year overdosed on blockbuster releases from Ed Sheeran, Taylor Swift  and more, but if you’re thinking 2018 will be a quiet one, think again...

This Just-in! Heralded by the arrival of lead single Filthy, Man Of The Woods – Justin Timberlake’s fourth studio album, and first in nearly five years – will see him collaborate with Timbaland, Danja, The Neptunes, Chris Stapleton and Alicia Keys, and is said to explore storytelling inspired by his son, his wife, and his personal journey from Memphis to international fame. Filthy was launched with a futuristic music video directed by Mark Romanek, with three additional videos by three different directors set to appear on the run up to its release. This is, of course, all before Timberlake gets the whole world’s attention when he headlines the Pepsi Super Bowl LII Halftime Show on Sunday, February 4.

In 2017, Camila Cabello emerged from the shadows of her acrimonious split with Fifth Harmony to become a bonafide solo star. And what a star, with Havana being streamed 700 bajillion times. With her solo debut arriving just last week, expect the release to continue to make waves throughout the year.

What we know: in 2013 Arctic Monkeys released their fifth studio album AM. While they’ve certainly kept busy since then with extracurricular activities (notably Alex Turner’s side-project The Last Shadow Puppets), it is officially the longest gap between Monkeys albums yet, with all their other releases appearing between one and two years of each other. Back in September, AM bassist Nick O’Malley told For The Ride that recording on a new album had already started in a top secret location. Watch this space.

Somewhat unbelievably, Rita Ora only has one album to her name so far. And yes, 2012’s Ora is now over half a decade ago. This year, however, will see the star return with her second album, which has already been set up with hit singles in the form of Your Song, Anywhere and For You. Judging from their chart performances so far, she’s already onto a winner.

Speaking to Entertainment Weekly in December 2017, Chvrches singer Lauren Mayberry opened up about the indie synth pop stars’ forthcoming third album which is being recorded with Greg Kurstin (Adele, Pink, Kelly Clarkson, Foo Fighters). Commenting on the direction of the record, Mayberry said: “When I listen to the record, I feel like it’s the most pop stuff we’ve done and also the most aggressive and vulnerable at the same time.”

It’s hard to think of how 2017 could have gone any better for Wiley. Not only did he release his acclaimed album The Godfather, he lived up to that title as he united the grime scene at his Roundhouse gig, won the Outstanding Contribution To Music gong at the NME Awards and even closed the year with an MBE. And for his next trick? The Godfather 2. Long-term manager John Woolf told Music Week it will see him collaborate with an all star cast. And if his single I Call The Shots (feat. JME) is anything to go by, this could be Wiley’s finest hour.

The polemical rock veterans return with their 13th album – and they are in anthemic mood. Speaking about Resistance Is Futile’s lead single, International Blue, singer/guitarist James Dean Bradfield said: “I wanted to channel a Springsteen/War On Drugs sensibility, but through our European filter.”

All the way back in April 2017, The 1975 frontman Matt Healy revealed the title of the band’s third album to Zane Lowe on Beats 1. More recently, Healy revealed a confirmed track name on Instagram as Jesus Christ 2005 God Bless America.

Think Arctic Monkeys have left ages between albums? Fans of Maynard James Keenan’s cult metal band Tool have been waiting 12 years for a follow-up to their 2006 album 10,000 Days, while fans of his alt.rock band A Perfect Circle have waited longer. The follow-up to 2004’s covers LP, Emotive, is due this year and has produced two brilliant singles.