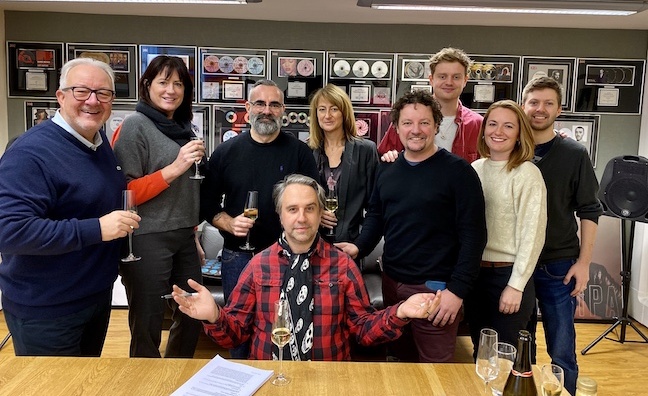 Rossi is a violinist, string arranger, composer and conductor. He was the violinist, guitar and keytar-player for Goldfrapp from 2000 to 2013, as well as contributing electric violin parts and string arrangements on all of Coldplay’s albums since Viva La Vida Or Death And All His Friends.

As a producer and arranger, his work has also been featured on records by The Verve, Rihanna, Röyksopp, Siouxsie, Dido, Jon Hopkins, The Proclaimers, Chris Martin, Eros Ramazzoti, Alicia Keys, Moby, Jazmine Sullivan and Duran Duran.

“I am delighted that Davide has chosen to work with the Peermusic team,” said Elderton. “It is a privilege to have such a talented musician, writer and arranger join our roster and I look forward to a long and successful relationship together.”

“Davide is a phenomenal talent who has co-written some incredible songs for both established superstars and emerging names,” said Sault. “All of us at Peermusic are thrilled to be working with him and his team, and we’re going to help him take his music to a wider audience.”

Rossi said: “I’m really chuffed that Peermusic reached out to me and I’m looking forward to working with such a dynamic and wonderful team.”