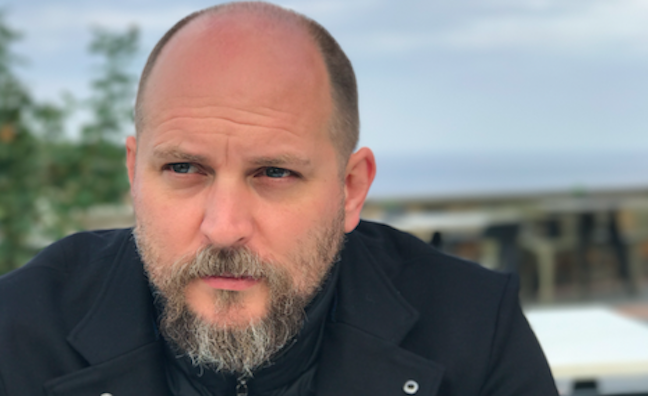 Heath takes on the role of chairman, while Acker joins as CEO. Dulay has been appointed SVP music and media relations.

The announcement comes as OCL lifts the lid on its new Totem framework, designed to help rights owners monetise and license any use of media (or combination of media) including music, video, text and photography in any application or on any device anywhere in the world. Any copyrighted asset can be identified and cleared for use instantly, before infringement can occur.

The company has also described Totem as the first technology that allows rights owners from diverse creative industries to instantly communicate the allowed intent of their assets with each other, as well as express this to their customer (the rights users) via a developer for usage like UGC, in just 32 bits of data. This enables direct licensing between the party who has the rights and the party who wants the rights, the end user.

Alan Graham (pictured), co-founder of OCL, said: “There is a graveyard of apps and platforms that failed to pull off obtaining and then monetising media successfully. Developers aren’t typically rights users, and yet we continue to give them a great deal of responsibility over something they should not be making decisions on. We knew there needed to be another option. OCL and Totem remove these challenges, allowing developers to focus on just building great apps, instead of worrying if they’re doing things correctly, or that their app may be removed from app stores because they made an error somewhere.”

Dulay added: “OCL appeals to me not because it solves one problem, it unlocks a number of apparently insurmountable "problems" and turns them into opportunities. The initial focus is app developers because the economics and scale tells us there's money on the table, which the music and other creative industries aren’t participating in, and which OCL can unlock.”

Serge Acker, also commented: “From the second I saw Totem in action, I knew I needed to be part of this. We are at a time where artists, creators, brands, and consumers all seek to rekindle a lost relationship with one another, damaged by the inexorable devaluation of worth. They can build it anew, founded on authenticity, trust and truth.”

Totem will soft launch this summer, with a full rollout planned later in the year.