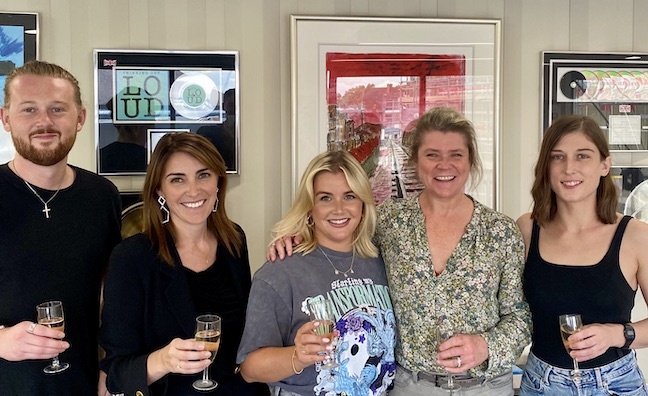 A former contestant on The Voice, Aimée Fitzpatrick began working on her solo material in early 2018, securing a run of Top 40 airplay hits in Ireland, with UK support from the BBC, Kiss, Clash and more. She has accumulated over 100 million impressions on Irish radio and racked up seven million cumulative streams.

Fitzpatrick played a sold-out debut headline show at Dublin’s The Grand Social, followed by the 3Arena stage on the 2FM Xmas Ball and ringing in the New Year at Dublin’s New Year Festival.

She has collaborated with writers and producers in Sweden, Norway, the UK and Ireland. Shut Up & Dance, was released last year with Norwegian DJ Sonny Alven.

2022’s Nobody Else, released via Universal Music Ireland, earned her a Top 10 national airplay position, as well as being supported by European radio.

BDi founder and managing director Sarah Liversedge said: “Aimée is a really exciting songwriter and artist who has already generated a lot of support and success despite being early on in her career. The opportunities are endless and we look forward to helping her take them.”

Aimée’s manager Gill Dooley said: “It’s an absolute pleasure to see Aimée begin her journey with Sarah and the team at BDi. Her development as a songwriter has been a privilege to watch, and I feel like we have found the perfect publishing home for her.”

Aimée Fitzpatrick said: “I am extremely grateful and excited to be part of BDi Music. This is something I have been working towards for a long time. The important thing to me was finding people that I can really trust, both for me as a person and as a songwriter. I knew instantly when I met Sarah and the team that they were the ones for me. They have such great enthusiasm and excitement, which makes me feel really heard and appreciated. I am so excited for this next chapter in my career with such an incredible team. Big things are coming! Watch this space.”

Founded by Sarah Liversedge in 2004, BDi Music has been honoured with industry awards including three Ivor Novello Awards and a Grammy Award for Amy Wadge’s writing share on Ed Sheeran’s Thinking Out Loud.