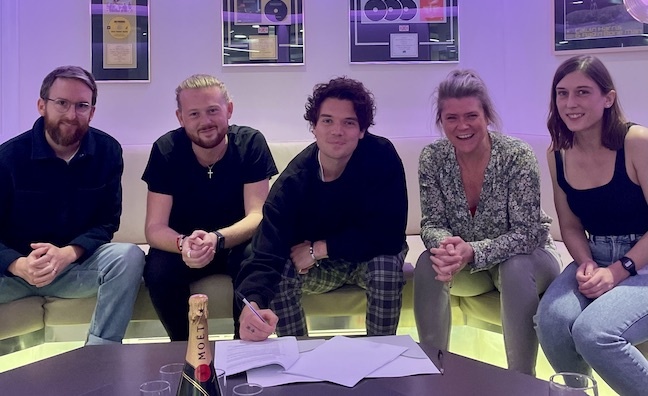 FJ Law, real name Danny Hall, has been a part of projects equating to over 40 million streams collectively over the course of his still developing career.

He has worked with a range of respected and successful artists including Nina Nesbitt, Charlie Oriain, Ber, Sody, Julia Church and Beth McCarthy.

Hall moved to London in 2020 to meet new artists who could help his artist project, as well as boost his producer and writing presence in the music industry.

Working from his home studio in South West London, his artist project, FJ Law, consists of new wave alternative bedroom pop music. He debuted his first EP, Tape 1, in 2021 and has plans to roll out new singles for an upcoming second EP this autumn.

FJ Law said: “We are over the moon to be working with BDi Music and the amazing team behind the scenes. Sarah and James have made us feel so at home already and we can’t wait to see what the future holds.”

Ever since I first heard his debut solo release, I was blown away by his production style and songwriting talent

Northbank Management’s Dave Rowett said: “We are delighted to be working with Sarah and James. We already feel super at home. This is the perfect step both for Danny’s development and to help drive his flourishing writer/producer business. Danny is a real all-rounder and can’t wait to show what we have been working on.”

BDi Music A&R James Paterson said: “I’ve been a huge fan of Danny’s for a while now. Ever since I first heard his debut solo release, I was blown away by his production style and songwriting talent. His growing list of co-writes is a testament to his aptitude as a songwriter and his personability. We are delighted Danny and Dave have chosen us to be a part of the team in the next era of this exciting journey.”