Big syncing: A look back at the year in sync 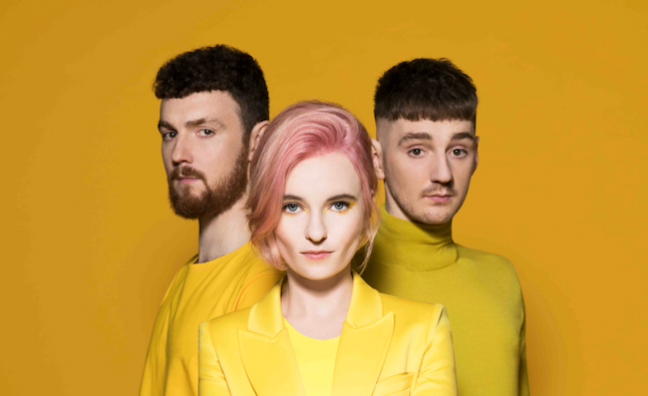 So, tonight’s the night… The Music Week Sync Awards are upon us once again, as the leading lights of the sync industry unite for a night of celebration.

Now in its fifth year, the Music Week Sync Awards – which will be attended by a record crowd of execs and creatives tonight – comes as chance to reflect on the past 12 months, where the football World Cup and ITV’s Love Island provided two of the year’s biggest stories in sync.

Music Week was on hand to cover both, going inside the Love Island machine via ITV’s production bunker in Mallorca, and rounding up the biggest and best World Cup spots.

Casting further into the past, there was the traditional Christmas buzz, when ads for Boots, John Lewis, BBC One’s Christmas coverage and more all caused a stir.

In Sync Story – which runs weekly in print and online –  we’ve published the tale of the biggest music and pictures hook ups. Ahead of tonight’s ceremony, we’ve rounded up a selection of extracts to take you on a whistle-stop tour of the year in sync. Enjoy the show…

The singer recorded a two-song set at London’s Metropolis Studios, and fans could put themselves in the thick of the action via a VR headset. Dorothy Hui, VP, digital, 4th Floor Creative, Sony Music UK, said the project – which allows users to make eye contact with Grennan – was a “unique opportunity”.

Duncan Smith, senior music supervisor at Sony Interactive Entertainment Europe, said the hook up with PlayStation represents “an innovative new medium that brings Tom’s performance to life in an immersive, interactive way like never before.”

Ninja Tune and Just Isn’t Music collaborated with Codemasters on a 59-song soundtrack to racing game, Onrush. Featuring artists including Young Fathers, Bicep and Cmd/Ctrl, and a mix of existing and specially commissioned tracks, the music was developed to “react” to the gameplay.

“The gameplay was frantic, so our job was to look through our recording and publishing catalogues to find the right mix of tracks, it’s been thrilling to hear our music on the final game,” he said.

The Manchester songwriter’s debut single stormed charts across Europe, and Sony Germany used that to their advantage when pitching it for Sony’s Bravia spot, a film featuring high definition images of nature in action.

Ian Neil, director of sync, Sony Music, reflected happily on a version of the track tailored for extra emotional heft.

“Hats off to our colleagues at Sony Germany,” Neil said. “The icing on the cake was for us to be able pull in a top film composer in Ilan Eshkeri to deliver the emotional element.”

Producer Steve Mac, drafted in to “add some Christmas magic” to the track, said, “It was a real pleasure to work on this piece. From the moment I saw the film I wanted to get involved, and it was very exciting to help make the music work around the visuals and storyline.”

Tom Foster, head of film and TV at Universal Music Publishing Group UK, stressed that, “A great sync these days isn’t just about having one of the best pop records of the year, sometimes you need a writer like Steve who’s willing to go the extra mile.”

“It felt like the story and theme were absolutely made for Paloma,” she said. “For an artist’s personal story to be so central, the musical elements so much more than a traditional sync and for everything to connect so perfectly is beyond rare. It’s been hugely rewarding to see the track impacting on playlists and charts.”

“Only You is one of those songs I have wanted to sync for a long time,” says Dan Neale, managing director of supervisors Native Music.

“It’s a great track that has a lot of understated heart about it. That’s one of the things that made it such a great fit for this film; the team were determined to have a soundtrack with warmth, that never got too slushy. The agency also felt the track had to be from the ‘80s to resonate with the visuals.”

Ahead of tonight's big bash, you can check out this year's Music Week Sync Awards shortlists here and here. For full details of the event, click here. And keep up with everything that goes down on the biggest night in sync by following Music Week's social media accounts and musicweek.com. May the best syncs win!