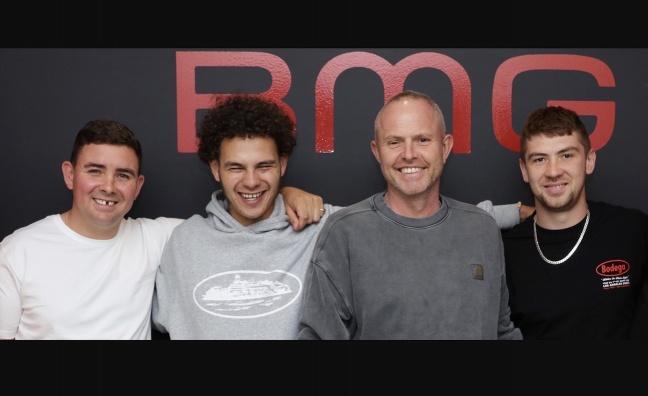 Slowthai has signed a global publishing agreement with BMG for all future compositions including his forthcoming album.

The Northampton-born MC first rose to prominence with his critically acclaimed Top 10 debut album Nothing Great About Britain, which resulted in numerous award wins and nominations including a Mercury Prize nod. The 2019 LP, released by Method/Universal Music, has sales to date of 66,521 (Official Charts Company).

“Known for his unique brand of ‘punk-rap’, Slowthai has since then cemented his status as one of the most influential and prominent artists within grime and hip-hop today,” said a statement.

Since then, Slowthai has collaborated and featured alongside artists such as A$AP Rocky, James Blake, Skepta, Dominic Fike, Fontaines DC and Gorillaz. The UK rapper currently has 2.8 million monthly Spotify listeners.

Tom Cater, BMG senior manager, A&R Publishing UK, said: “We are big fans of Slowthai here at BMG and have been watching him closely since his first LP. We can’t wait for what he does next.”

Hugo Turquet, BMG SVP publishing, UK, said: “It’s an honour to welcome Slowthai to BMG. He is a true spokesperson for what is going on in today’s world and is able to mix and cross genres in a way which is quite unique. The world is definitely coming around to Slowthai and it is exciting to be able to work with him at this stage of his career.”

In between a short run of festival dates including Bonnaroo, Sziget and Way Out West, Slowthai is working on his third studio album.