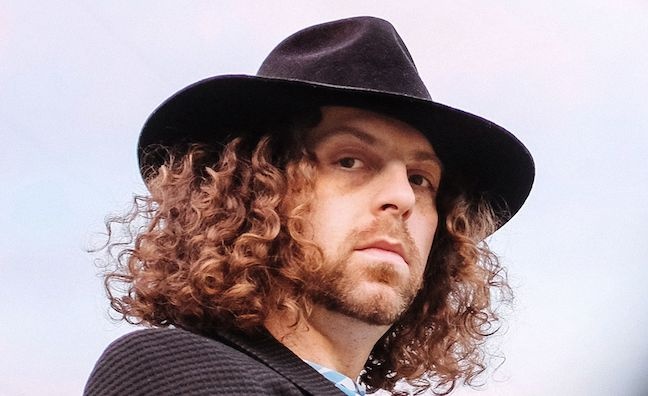 Songwriter and producer Jeff “Gitty” Gitelman has signed a global publishing administration agreement with BMG for his catalogue and future works.

The announcement follows the recent release of co-writes with The Weeknd (A Tale By Quincy), Gunna (Private Island), Teddy Swims (911) and more.

A&R was spearheaded by Monti Olson and Joshua Edmond for BMG. The attorney for the deal was Helen Yu, principal for Yu Leseberg.

“I’m extremely excited about this partnership with BMG,” said Gitelman. “Monti Olson has been championing me since the beginning of my career, and Joshua Edmond is one of the hardest-working executives I’ve ever met and genuinely believes in my success. Together we’ve already achieved some major accomplishments, hitting goal after goal, and I believe the future of my career is in great hands.”

I believe the future of my career is in great hands

Monti Olson, BMG’s EVP, frontline publishing, said: “BMG has long admired Jeff’s works as a next-gen songwriter, poised to become the award winning talent he’s developed into throughout his young career. He is among the most talented songwriters today with an impeccable reputation in the creative community and we are ecstatic to have Jeff join BMG.”

Gitty’s production on Back Of My Mind and Damage by HER landed him two Grammy Nominations at this year’s awards. It is his second Album Of The Year nomination, following recognition in 2020 for his contribution on HER’s I Used To Know Her.

He is currently at work executive producing the next project by Hozier.

Gitty serves as the advisor to the Recording Academy Los Angeles Chapter Board, as well as participating in the Advocacy, Professional Development, and P&E committees.

In 2021, Gitty led the Production & Engineering mentoring circle for the Recording Academy’s Next programme.