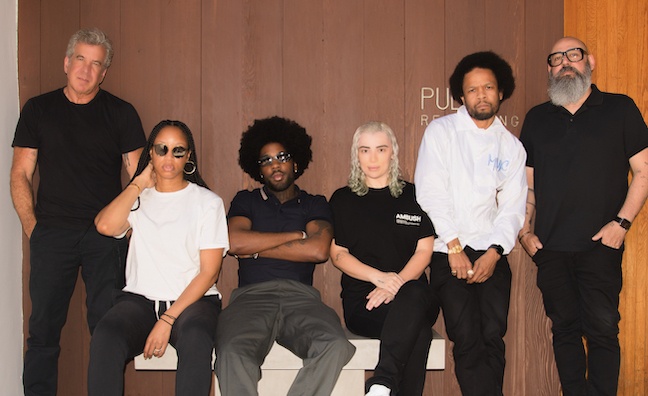 Faiyaz first signed with Pulse in 2016 and after initially collaborating with GoldLink at Pulse’s recording studios in Burbank, California, has gone on to work with Baby Keem, Meek Mill, Tems and many more. He released his debut album Wasteland earlier this month. Faiyaz formed independent label Lost Kids to release his Fuck The World EP in 2020.

Cutler and Abraham said that they have found “kindred spirits” in Faiyaz and his manager Ty Baisden.

“They are working toward the highest artistic bar,” said Cutler and Abraham. “They are both fiercely independent and will not compromise. We have been part of Brent’s journey from the early days and have always had a real understanding of his vision. Ty and Brent play by their own rules, and we very much relate to that. We could not be prouder of Brent. It is an honour to be on this journey with him.”

Ty and Brent play by their own rules, and we very much relate to that

Pulse Music Group president Ashley Calhoun commented: “We’ve been involved with Brent since the beginning. Pulse was the first publishing company that Ty sent Brent's music to, and as soon as I heard Brent’s voice I immediately knew that I had to work with him, so we moved quickly to close the deal in spring of 2016. Brent and Ty then reinvested the publishing advance back into their company, which made it possible for Brent to stay independent as an artist because he was able to support himself financially, use our recording studios, and focus on his music full-time. It's been pedal to the floor ever since, and we're so proud to be a part of Brent's incredible team and story."

This is only the beginning

Faiyaz added: “I’m excited for the future. This is only the beginning,” said Brent Faiyaz.

Faiyaz has 12,576,779 monthly listeners on Spotify, where his top track is Trust, with 269,218,064 streams. Drake, Tyler, The Creator, Alicia Keys, Raphael Saadiq and Tre Amani are among his other previous collaborators.

Last year, Faiyaz launched the Show U Off Grant Program for Black women entrepreneurs, he also runs an annual Lost Kids Benefit in support of youths in his hometown of Baltimore, Maryland.