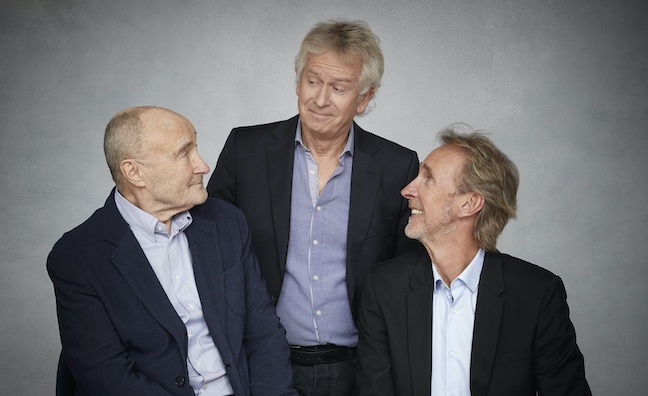 The deal includes the publishing and recorded music catalogue from their years in Genesis. It was reportedly worth over $300 million.

The huge acquisition follows Concord’s purchase of the assets of HitCo Entertainment and the addition of Australian music publisher Native Tongue.

Genesis released 15 original studio albums, while there were a further six from Tony Banks, eight from Phil Collins and two from Mike Rutherford, as well as nine as Mike + The Mechanics.

The combined record sales, including additional live albums, movie soundtracks and box sets, are in excess of 250 million copies globally and contain songs including The Lamb Lies Down On Broadway, Sussudio, Against All Odds, All I Need is a Miracle, In the Air Tonight, I Can’t Dance, That’s All, Land of Confusion, The Living Years, Invisible Touch and countless other hits.

In a career spanning more than 50 years, Genesis became one of the biggest-selling groups of all time and one of Britain's most internationally renowned bands. The participation of Peter Gabriel and Steve Hackett in the early Genesis albums is not represented in this acquisition by Concord.

Genesis have toured extensively, selling out stadiums and arenas around the world. Their recent The Last Domino? Tour sold out in the UK, US and throughout Europe, making it one of the largest grossing global tours of the past year.

“This is a catalogue of music that we are all extremely proud of and it means a great deal to many fans,” said Tony Smith, founder of TSPM and long-time manager of Genesis, Tony Banks, Phil Collins, Mike Rutherford and Mike + The Mechanics. “Concord is one of the global leaders in music with whom we have been working for many years on the publishing side, which we are extending to the whole recording catalogue together with publishing; we have been impressed by their good judgement and sensibilities as to the wishes of the artists and we are confident that, alongside the respective continued relationships with record labels Warner Music and BMG, we leave the future ownership of the catalogue in their capable hands, safe in the knowledge that the heritage will be protected.”

“The songs of Tony, Phil and Mike have been the soundtrack to many people’s most important life moments,” said Concord president Bob Valentine. “Everyone at Concord feels the weight of the cultural significance of this remarkable collection of works, and we will strive to ensure that current and future generations of music listeners continue to hear and enjoy them.”