Concord Music Publishing signs Everything Everything 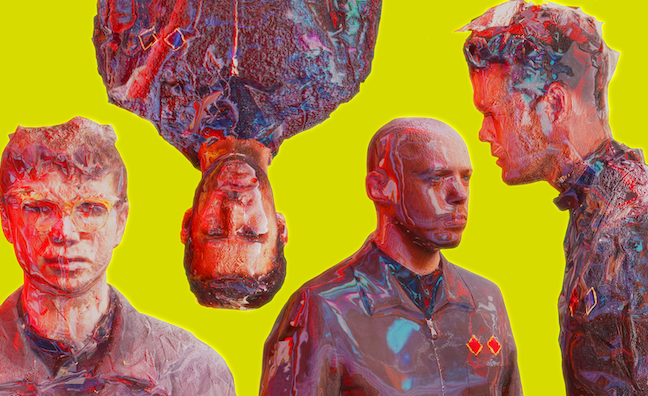 Concord Music Publishing has signed Everything Everything to a new global multi-year publishing agreement.

Formed in Manchester in 2007, Everything Everything have released five albums across their career, garnering two Mercury Prize nominations and have also been nominated for five Ivor Novello awards. The new deal covers all new music going forward.

The band’s most recent LP, 2020's Re-Animator (9,362 sales, OCC), became the third Top 5 record of their career. They will be touring in spring next year, culminating with a headline date at London’s Roundhouse.

Tom Coulson Smith, A&R director at Concord Music Publishing, said: “It is rare to see a band consistently push boundaries and bend genres as Everything Everything have done throughout their career. To have continued success alongside that is even rarer. The band and their records have grown with a generation of music lovers, and they have become firm favourites at summer festivals, on the touring circuit and across radio playlists alike. The whole Concord team are so excited to see where they take their music next and it is an honour to be a part of their journey."

Peter McGaughrin at Red Light Management said: “Everything Everything have time and again proven themselves one of the most innovative and musically ambitious artists of their generation. Concord’s excellent roster and Tom and Kim [Frankiewicz]’s passion for the band made the decision to join forces feel very natural. We’re looking forward to working with them closely on the future evolution of the band and their individual producing and writing careers”.

Everything Everything added: “We look forward to working with such an imaginative team, who represent an extensive but carefully curated roster and catalogue. We’re proud to become part of it.”