Do you remember the first time? Winners' reactions in the new Music Week Awards categories 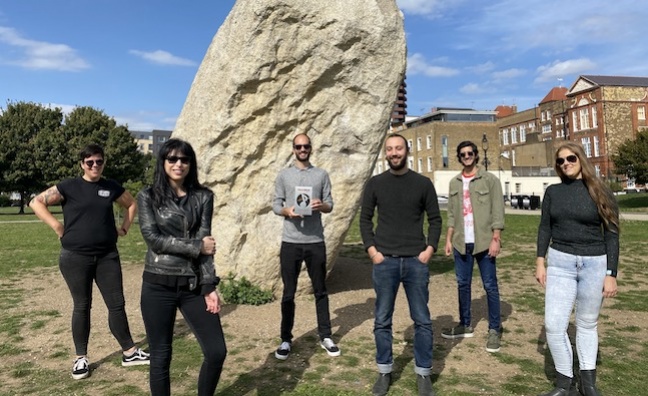 While there was no ceremony this year because of Covid-19, the Music Week Awards did manage to launch no less than three new categories covering sync and independent publishing.

The full list of the 26 winners is here, including the inaugural award for Independent Publisher Of The Year. The judges chose Reservoir as the first ever winner of that trophy.

“We are delighted to win this award and I want to thank our great team internationally,” said Annette Barrett, UK managing director at Reservoir. “They are passionate and committed and that has translated into amazing signings over time. And, of course, thanks to all the writers and artists – without them none of this would be possible.”

Reservoir is busy signing new deals and Barrett suggested that the indie publisher is on a roll.

“There have been some great highlights for Reservoir this year,” she said. “We have signed more than 20 new deals over the last 12 months, all of which were incredibly notable. For me, though, Jamie Hartman winning the Ivor Novello Award for the Most Performed Work for Giant by Rag‘N’Bone Man was definitely a long-awaited moment in time.

“Also, Jamie and Billy Crabtree, another of our young writer/artists, co-wrote Loyal Brave And True, which was used over the end titles of Disney’s Mulan movie. Twisted Genius has been another exciting new addition to our diverse roster, his much celebrated work with rapper Lil Baby has now made him a sought after collaborator, and there’s so much more to come!”

There was a second new award for the publishing sector this year - Sync Team Of The Year. Warner Chappell triumphed in that category.

“We’re stoked to win!” said Andrew Howell, head of UK sync at Warner Chappell. “To be recognised by the experts for delivering exceptional work for our writers and clients is fantastic. We only wish we could be with everyone to celebrate in person.”

“The placement of 14 George Michael songs – including one previously unreleased track – in the festive movie Last Christmas,” she said. “It was a lengthy project that involved close liaison with George Michael’s estate and the movie’s creators. The film was a hit and there’s potential for its income to grow as it becomes a festive staple internationally."

The third of the new awards categories was for Sync Of The Year. The winning entry in a strong field was Fresh N Clean – D Double E And Star.One featured in Ikea commercial Silence The Critics.

David Bass, co-founder, Theodore Music/Wake The Town, said the sync was a game-changer.

“It was a lot of fun,” he said. “All day studio sessions with the king of grime, what’s not to like? This sync started something. It woke up brands to be more authentic and to champion UK talent. It opened up grime and D Double E to a new audience. The track made grime accessible and fun, while still retaining its authenticity and being an absolute banger.”

See the new edition of Music Week for more from these interviews and special awards coverage.