Downtown goes down under for first Australian signing 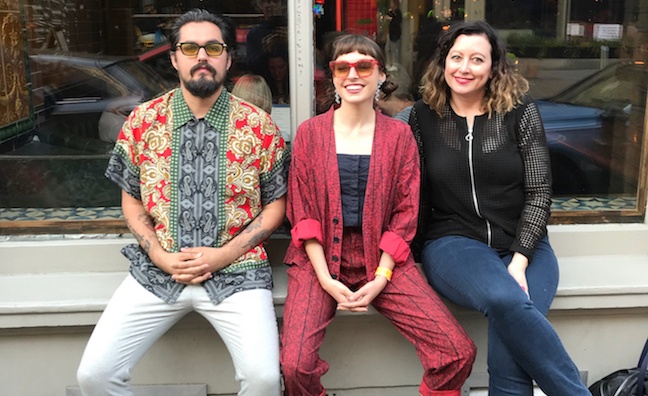 The deal follows Donnelly’s win at the Western Australian Music Awards (WAM) Song of the Year Awards for her single Boys Will Be Boys. She performed at The Great Escape in Brighton last week.

Donnelly said: “I’m so pleased to be signing a world deal with Downtown Publishing and also to be the first of many artists that represent the Australian base that the amazing Rachel Kelly has opened with her great world team around her. It’s been a pleasure meeting everyone already, exciting times ahead.”

“Stella Donnelly is a culturally important artist and part of the next wave of storytellers,” said Rachel Kelly, creative director and head of sync at Downtown’s ANZ operation. “I’m incredibly honoured to be supporting Stella in this phase of her career, as we work closely with Philip Stevens and the good people at Secretly Canadian. Being our first signing in Australia, this moment is particularly special. I look forward to working with our team on this debut album and watching her star rise on the global stage.”

“She’s a one in a million artist, a troubadour,” added Daniel Lloyd Jones, Downtown’s SVP of global creative services and head of UK A&R. “Her lyrical prowess is second to none. Her narratives are hard hitting, honest, vulnerable and heartfelt. We are so proud that she’s chosen us to represent and nurture her art, but also that Stella is the artist by which we lay the foundation of our intent in ANZ”

Downtown will provide its creative and advisory services as well as their global royalty collection platform to Donnelly’s catalogue and future releases. Her forthcoming album is set to be released in early 2019 on Secretly Canadian worldwide.

Downtown launched in Sydney with the appointment of Kelly, who is responsible for establishing and promoting Downtown’s brand and catalogue across Australia and New Zealand, signing and developing local songwriters, artists and producers, and collecting songwriting royalties.