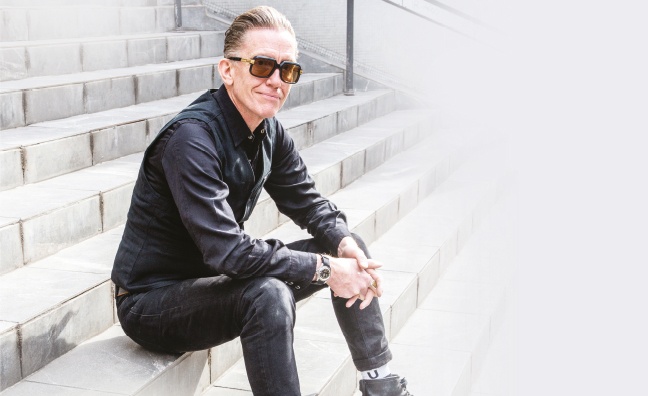 Downtown Music Services global president Mike Smith has weighed in on the music publishing gold rush in a new interview with Music Week.

The veteran exec joined the company in 2020 following a near four-year stint as Warner Chappell UK MD. However, less than 12 months into his new job, Downtown sold its portfolio of 145,000 owned and co-published music copyrights to a Concord affiliate.

The move marked another huge deal in the music rights business and the largest such acquisition for Concord since the $500 million takeover of Imagem in 2017 that created the indie publishing powerhouse.

“We made a decision to get out of owning and co-owning copyrights and just be in the administration business, and that still left us with some of our most well-known songwriters and estates, be it John Lennon, Miles Davis or Wu-Tang Clan,” said Smith, speaking in the latest issue of Music Week. “We lost a lot of our frontline writers because of that and some of our most successful titles, which we owned, but it was a decision born of the fact that it felt everybody was crowding into that market.”

Focusing instead on the fast-growing music services sector, Downtown also recently established a fund to invest over $200 million to support independent artists and entrepreneurial business owners, to be utilised across its distribution, publishing administration, and artist and label services operations.

“In the same way that we’ll be getting your music into films, into television and onto brands, if you come to us and you’re in need of financial support, we can provide you with that money," explained Smith. "You don’t have to sell your catalogue to get $1 million or $2m."

"If you don't need to sell your catalogue right now, you should hold on"

Indeed, Smith urged artists to think twice before rushing to sell off the family silver.

"People are quoting me 30 times the multiples now. Obviously, most of the things do not go for a 30-multiple, but I can remember not long ago when a 15-multiple was incredible. I think back to those songwriters that sold their catalogues five or six years ago for a five times multiple and how they must be feeling.

"If you don’t need to sell your catalogue right now, you should hold on – particularly if you work with a company like ours. Hopefully, you’re really happy and we can have a long relationship. But if at the end you want to sell the catalogue, that’s great – and I can guarantee it’ll be worth more than it’s worth right now.”

Smith also revealed his motivation for joining Downtown – which is shortlisted for Publisher Of The Year at the 2022 Music Week Awards – along with his hopes of establishing the firm as the leading music services company.

"The opportunity to go from Warner Chappell to Downtown was the opportunity to work at a global level," he said. "How do I take somebody who’s making music in Lagos, or Johannesburg, or Medellín, bring them together with a pop star in Atlanta or Los Angeles or Stockholm, and come up with something truly original? That’s the opportunity.

“It’s about building on this fantastic platform we’ve established and making ourselves the number one music service company. If you want to put out a record; if you want to establish your career as a songwriter; if you’ve got a catalogue that needs looking after – be it records, be it songs – we’re going to be the number one choice. And that’s not just in the UK and not just in America, but in every country around the world."