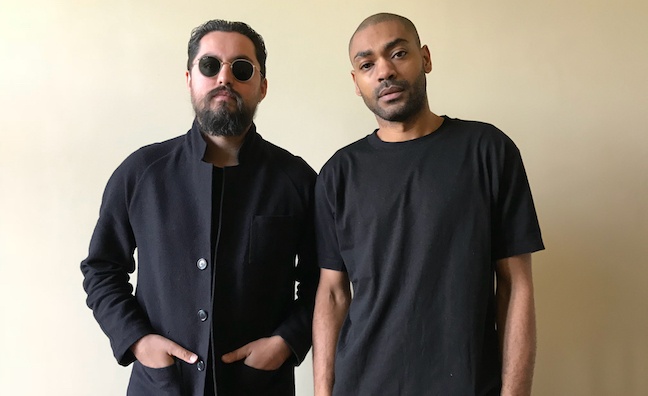 Downtown has signed a worldwide deal with hip-hop and grime songwriter and rapper Kano.

Kano has been a significant figure in grime since his 2004 debut single. He was shortlisted for the Mercury Prize for last year’s Made In The Manor (Parlophone), which peaked at No.8 and has sales of 66,439, according to the Official Charts Company.

Kano, a two-time MOBO Award winner, has collaborated with Gorillaz, Craig David, Ghetts and The Streets. He has also appeared in TV drama Top Boy and has signed up for Series 3, which is being executive produced by Drake and will screen on Netflix.

The deal with Downtown covers Made In The Manor, as well as future collaborations and releases.

Kano, pictured with Downtown’s Daniel Lloyd Jones, said: “It takes a lot for me to sit down and share a pot of tea with someone. Even more to trust someone in looking after the thing I’m most precious about; my words. But Dan is different to most. He gets it. He sees it early, and then he sees its potential beyond where most people’s vision can go. We’ve been talking for years about working together and now was the time.”

Daniel Lloyd Jones, head of Downtown A&R UK, said: “I’ve known Kano since he collaborated with Plan B on the Ill Manors soundtrack. He is one of the most visceral, honest, and astute lyricists out there – his wordplay is hard hitting, cerebral, and second to none. It’s a real honour to have him join the Downtown family. He is exactly what you can’t manufacture. He has his own culture and identity which is unique to him but speaks to many.”

Kano is the first signing to Downtown by Jones, who joined the company in August.

Kano’s manager Richard Thomas added: “I’m really looking forward to working with Dan and everyone at Downtown. His passion and enthusiasm is what convinced me and Kane that he’s the right person to go into business with. I highly respect him as he is a man of his word, and someone who sees our vision. It’s great to be his first signing at Downtown.”