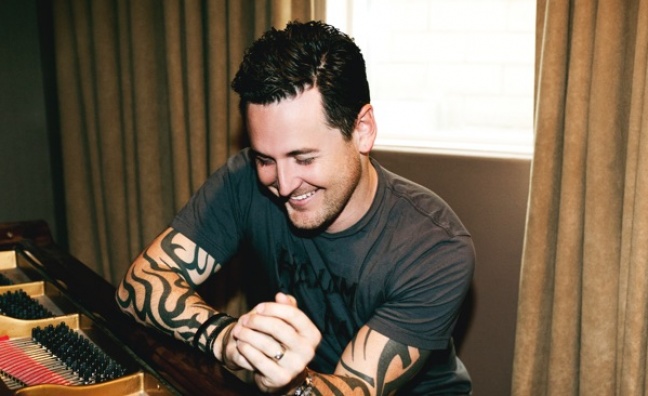 The copyrights of writer and producer David Hodges have been acquired by Kobalt Capital's Fund.

The BMI award winner and founding member of Evanescence, whose credits include Bring Me To Life, My Immortal, A Thousand Years and Because of You, has sold his catalogue to the firm who will continue to administer and service it via Kobalt Music Publishing.

“After many years of partnership and supporting David, we’re extremely proud to have helped him build such a great catalogue of hits,” said founder and chairman of Kobalt Willard Ahdritz.

“With his impressive catalogue, David had his fair share of suitors. His decision to sell to Kobalt Capital’s fund and continue his partnership for Kobalt Music Publishing to service and administer his great work, is humbling and an honour.”

Hodges welcomed the deal, saying his previous experiences with Kobalt had been a factor.

“I’ve had the pleasure of working with Kobalt for over seven years," he explained. "As a creator, they have made me feel supported in my craft; and as a businessman, I have had a continued confidence that Kobalt was working efficiently and passionately on my behalf. Having poured my life into creating these songs over the last two decades, I could not think of a better home for them than Kobalt.”

Kobalt's CEO Laurent Hubert added he hoped the relationship with the songwriter would continue to grow.

“David’s approach to music has born an amazing set of sensational and inspiring songs,” he said. “It’s clear Sas Metcalfe and our creative team have formed a winning combination with the brilliant songwriter/producer - and we know there is a lot more to come. It’s a privilege to continue and help ensure his talent is supported and recognised for years to come.”

For Lucas Keller, president and founder of Milk & Honey Management, he explained the new deal was a big moment in their artist/manager relationship.

“This is a red letter day in my 11-year relationship with David,” he explained. “I am so happy that his catalogue went to Kobalt, a place that he’s called home for many years now and a company that we both really believe in and have, from early on.”

Recently, Kobalt was forced to respond to reports the company might be up for sale.