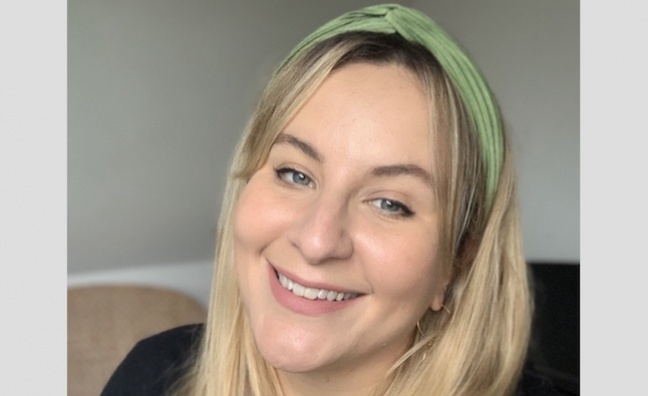 The signing was revealed exclusively in the latest issue of Music Week.

Jones is well known for her career as a label exec, including 12 years at Syco, where she was ultimately head of A&R.

After being heavily involved with major pop artists for 12 years, she has now turned her hand to full-time songwriting. Jones has been working with various A-list collaborators in the US, such as Timbaland and Marshmello, and in the UK with TMS, Camille ‘Kamille’ Purcell and Dan Smith of Bastille.

“Success to me has always meant crafting fantastic songs that will excite people and shift the way they think about music or artists they're listening to,” said Jones. “I've had a lot of No.1 records and experienced big chart and sales success, but now I want to write songs that have that same force.”

I've had a lot of No.1 records and experienced big chart and sales success, but now I want to write songs that have that same force

Jones, who left Syco two years ago, had three co-writes on Little Mix’s LM5 album in 2018.

“I will always be commercially minded, because that's my training,” said Jones. “I want to write songs that stand the test of time, break an artist or define their career. I love artists who have something to say.”

Since signing to Spirit, Jones has started to expand her network of collaborators.

For the full exclusive interview with Any Jones and Spirit Music global president Rak Sanghvi, see the latest issue – subscribers can click here.