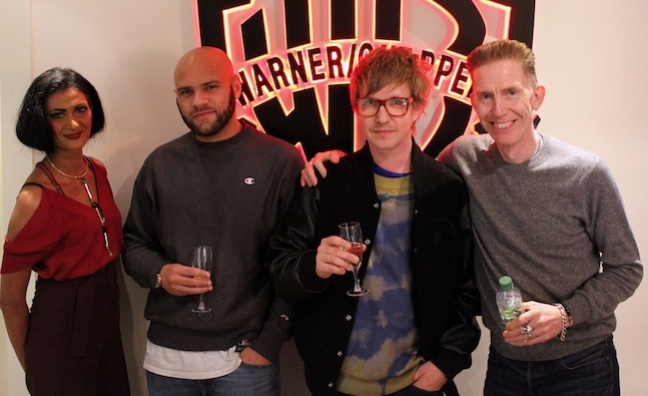 Grammy-nominated songwriter and producer Fred Ball has signed with Warner/Chappell. His writing catalogue includes collaborations with Madonna, Rihanna, Zara Larsson and Little Mix, alongside his own recording projects.

The signing also marks a reunion with Warner/Chappell MD Mike Smith, who first worked with Ball 15 years ago at EMI Publishing.

Ball said: “I’m so excited to be working with Mike Smith again and to be joining Warner/Chappell’s amazing roster of songwriters. I look forward to continuing to develop my career in partnership with them.”

Smith added: “I’m thrilled to be reunited with Fred. I was lucky enough to work with him at EMI Publishing where I signed him in 2002. His electronic album Pleasure was ahead of its time, featuring the likes of MIA, and it has been amazing watching his talent blossom in the intervening years. It’s a real privilege to be back working with Fred again.”

The Norwegian-born songwriter has been based in London since 2003. The Pleasure project, which included collaborations with Brett Anderson, Justine Frischmann, Ed Harcourt and Cerys Matthews, helped launch his career in production and songwriting.

In 2015, Ball was nominated for Best R&B Album at the Grammys for his work on Bernhoft’s album Islander. In 2016, he wrote Love On The Brain which became a global hit for Rihanna.

Recent writing credits include One Mississippi for Zara Larsson, Does She Know for Astrid S, Slow Me Down for Jessie Ware and the single Deadwood for Toni Braxton.

Just over a year into the Warner/Chappell job, Smith has signed a raft of writers and artists, including Liam Gallagher, Siobhan Fahey, Birdy, Crispin Hunt and Katy B.