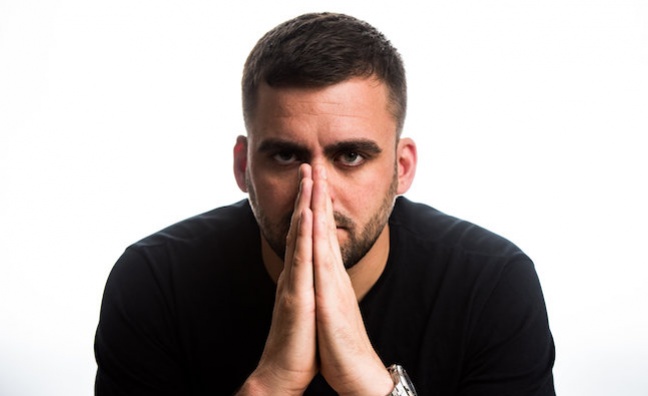 The new agreement follows Chapman’s win at this year’s DJ Awards in the Breakthrough category. He was previously working with Bucks under an administration deal.

Chapman earned early support from BBC Radio 1’s Pete Tong, when he released his debut track Don’t Go in 2011. He’s since had releases on FFRR, Virgin EMI, Relief, Sola, Toolroom and Nonstop. His debut album, Catch Me If You Can, was released in 2016 on MadTech.

Over the last 18 months, Chapman has performed shows and toured across Europe, North America, South America and Canada at venues and events including Goldrush Festival, CRSSD Festival, Parklife, Hideout, Snowboxx and Fabric. This summer, his Ibiza shows included a debut at DC10 for Paradise, as well as shows with Elrow and Abode at Amnesia, Solardo Sounds at Hi, and Cuckoo Land at Ibiza Rocks.

Alongside his DJ career, Chapman runs his own label, Resonance Records, which has become an established platform for underground house music. It has released music from the likes of CamelPhat, Solardo, Waff, Richy Ahmed, Detlef, Mark Jenkyns and George Smeddles.

Bucks Music Group’s Director Creative A&R, Sarah Liversedge Platz, said: “We have been working with Max for a while, and we’re delighted to be able to do this deal to take that relationship further. He’s an exciting talent that has been working hard for a number of years now, and the interest around him has grown and grown. We’re ready to help him develop as an artist and nurture his career.”