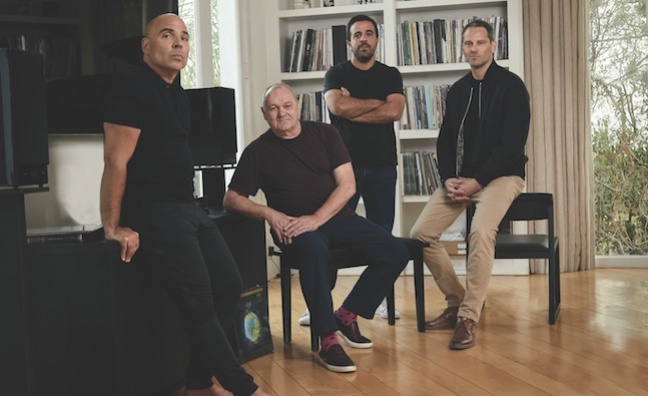 Hipgnosis has just made its biggest deal so far (pun intended).

The investment company for songs has acquired LA-based Big Deal Music Group. It follows the appointments earlier this week of Ted Cockle and Amy Thomson, as Hipgnosis continues its rapid growth strategy.

Big Deal Music is a boutique full-service song company which owns a portfolio of copyright interests in global hit songs, including Shawn Mendes’ Stitches and Treat You Better, One Direction’s Story of My Life, Panic At The Disco’s High Hopes, Niall Horan’s Slow Hands and Thomas Rhett’s Die a Happy Man, all of which are multi-million sellers and amongst the most streamed songs of the last five years.

The deal is to be funded from the proceeds of Hipgnosis’ equity fundraise in July 2020 and through the issue of 17,609,304 new ordinary shares.

Merck Mercuriadis, founder of Hipgnosis Songs Fund Limited and The Family (Music) Limited, said: “Over the last two years it has been my privilege to assemble and work with a world class team of individuals of the highest calibre. With this acquisition, and following the appointment of Ted Cockle and Amy Thomson earlier this week, the scale and quality of people working with me to drive shareholder returns reaches new heights and sets our company on the path for the next chapter of its growth. This is a best in class team and we now have the resource to be on top of every song’s destiny all day every day and I’m delighted to welcome Kenny, Casey, Jamie, Dave, Pete and the other 30-plus new team members into the Hipgnosis Family.”

The acquisition provides a substantial catalogue of over 4,400 songs. It consolidates Hipgnosis’ ownership over hit songs including Shawn Mendes’ Stitches, Treat You Better and Mercy; Panic! At The Disco’s High Hopes, and One Direction’s Story of My Life, as well as over 30 other songs performed by the group; and Niall Horan’s Slow Hands. By acquiring additional copyright interests in these songs, the company increases its control to successfully manage and promote the songs.

In addition, the acquisition provides Hipgnosis with a full service US music platform which is expected to enhance royalty income from its growing portfolio of songs, create new songs at an attractive cost and provide in-house US administration, which will increase control over its portfolio’s income.

Big Deal Music has a team of 35 employees who have worked together for the last eight years.

The acquisition will also provide Hipgnosis with a song creation platform, enabling the company to create new song copyrights at a low cost with potential to turn into evergreen catalogue.

The acquisition includes ongoing joint ventures with The Big Family – with Julian Bunetta, John Ryan and Damon Bunetta; Nice Life – with Ricky Reed, Larry Wade and Brad Haering; Mad Decent – with Diplo and Kevin Kusatsu; and the And The Writer Is podcast – with Ross Golan, Joe London and Megahouse Music.

Mercuriadis said: “Big Deal Music has become one of the most important boutique song companies in the world over the last eight years. They identify exceptional songwriters at a very early stage, make a modest capital investment and then work hard to put them in rooms with the best established songwriters and artists in the world resulting in placements, hits and exceptional returns. This has resulted in a very attractive catalogue that complements our existing acquisitions perfectly.

“It’s no surprise that we have found this perfect complement with Kenny MacPherson who has been one of the finest executives and advocates for the songwriting community for more than 35 years. He is an exceptional addition to our global team as are Casey Robison, Jamie Cerreta, Dave Ayers and Pete Robinson. They are a team with real chemistry that has been firing on all cylinders for more than a decade. I have always been clear that I believe we have an important responsibility with regard to our culturally important songs and the gold standard songwriters that have entrusted them to us. We shall now take what is the broken traditional music publishing model and replace it with our concept of song management where we nurture, love and get the most out of our songs by putting the most into them.”

He added: “This is an important move in the evolution of Hipgnosis Songs in our ability to deliver on the promise of song management not only globally but now in the heart of the world’s biggest music market. I’m very excited about not only the results but also the transformation in the Song community that will be delivered by Kenny, Casey, Jamie, Dave and Pete along with Ted Cockle and Amy Thomson. This is a truly special team.”

Kenny MacPherson said: "Collectively my partners and I have spent our careers identifying and nurturing some of the most iconic songwriters in contemporary music and creating value for our investors. Over the last eight years at Big Deal Music my partners and I built a meaningful cultural legacy by assembling an incredible group of artists and label partners and world-class songwriters. We look forward to bringing those creators and their enormous talent with us as we join Merck and his team at Hipgnosis. What Hipgnosis has assembled in such a short time is truly remarkable – a catalogue of over 13,000 compositions from some of the most important creators in the history of music.  My team and I look forward to bringing all of our experience to bear to unlock more value in these catalogues and continue to build on the amazing work that Merck and his team have already done at Hipgnosis.”