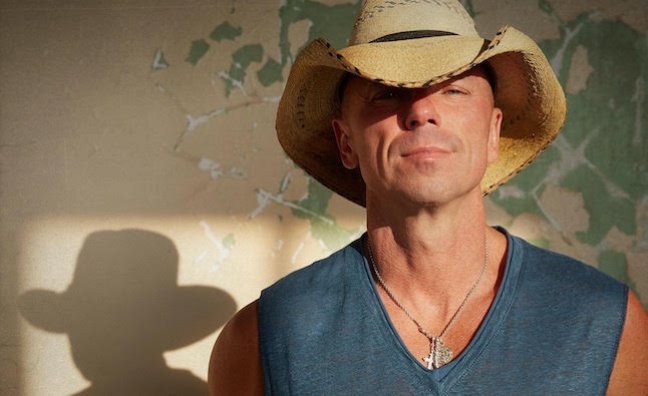 The agreement involves 80% of Chesney's recorded music royalties, covering his discography from his 1994 debut In My Wildest Dreams through to 2017's Live In No Shoes Nation. The musician has sold over 30 million albums worldwide, with 34 No.1s on country charts.

This is the first acquisition made by Hipgnosis Song Management since its recently announced partnership with Blackstone to acquire music rights and manage catalogues.

Merck Mercuriadis, founder of Hipgnosis Song Management, said: “Kenny Chesney is one of the truly great American artists. He has been bringing joy to music fans all over the world for almost 30 years. His incredible success of more than 30 million records sold including nine No.1 albums on the all-genre Billboard 200 chart and 17 No.1 albums on Billboard’s Country chart tells you everything you need to know. Add in his unparalleled success as a touring artist and the juggernaut that is No Shoes Radio, and you realise Kenny is genuinely a phenomenon. It’s a pleasure and a privilege to welcome Kenny and Clint to the Hipgnosis Songs family and we are delighted to launch our new Blackstone-backed fund with this landmark acquisition.”

Kenny Chesney said: “To know that this music has a home that views the work as a collective body, something that builds on itself and captures the heart of No Shoes Nation, was important to me. How these songs live going forward is critical, and I believe Merck has the best interests of not just the recordings but the people who love them as his driving interest. For the people who love these songs and albums, this is a scenario that allows the music to grow and reflect who those of us living inside these songs truly are.”