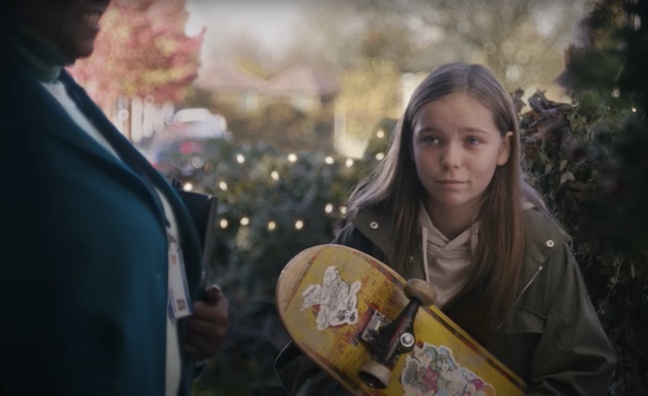 A cover of Blink-182’s All The Small Things is featured in this year’s John Lewis Christmas advert.

All The Small Things was written and recorded by Blink-182 in 1999. Hipgnosis has a share in the track, following its deal for 100% of the writer’s and publisher’s share of Tom DeLonge’s catalogue (administered by Sony Music Publishing). The original version has 761 million streams on Spotify.

Kobalt has the majority publishing share of the song as the publisher for both Blink-182's Travis Barker and Mark Hoppus.

The John Lewis campaign, which debuts on TV tonight during ITV’s I’m A Celebrity… Get Me Out Of Here, features a cover of All The Small Things by Mike Geier. Titled The Beginner, the advert features a foster family.

With the cost of living crisis, many of the Christmas TV campaigns are more low-key this year.

Meanwhile, dance star Becky Hill has turned to balladry for her cover of Yazzoo’s Only You, an acoustic version of which features on the McDonald’s Christmas Advert 2022.

The commercial was created by Tom Hooper, the Oscar-winning director of The King’s Speech. In keeping with some other campaigns, the 60-second advert focuses on the spirit of togetherness at Christmas.

The McDonald’s Christmas Advert 2022 is set to premiere during ITV’s I'm a Celebrity Get Me Out of Here on Sunday, November 13.

Becky Hill previously partnered with McDonald's for the festive season with a stripped-back version of Forever Young by Alphaville in 2020. The track went on to become her 10th Top 40 record and has accumulated over 9.9 million streams to date.