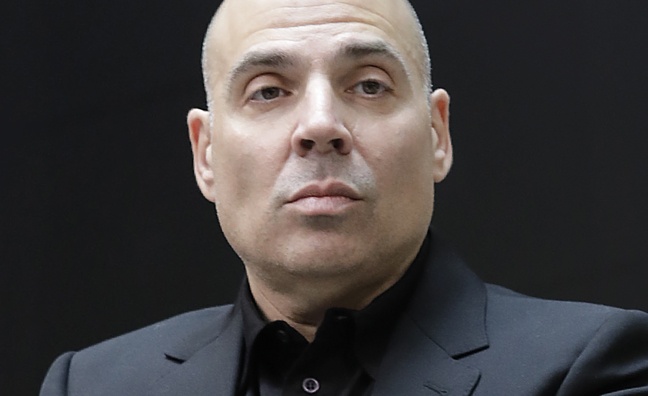 Last year, CEO and founder Merck Mercuriadis spoke to Music Week about his ambitions to create a £3 billion ($3.5bn) company in the years ahead.

In the latest set of annual results for Hipgnosis Songs Fund up to March 31, 2022, the portfolio increased to $2.69 billion with a 9.5% like-for-like uplift in value.

Gross revenue increased by 24.7% to $200.4 million, partly due to the catalogue acquisitions during the period.

Like-for-like streaming growth of 19.4% in the second half of 2021, compared to the first half of the year, has resulted in an increase in expected future streaming revenues.

Hipgnosis is forecasting an increase in expected revenues due from emerging technology platforms as revenues start to be paid into publishers and record companies.

There was a 20% increase in sync licences approved in the six months to 31 March, 2022 compared to the first half of the financial year.

Merck Mercuriadis, CEO and founder of Hipgnosis Song Management and founder of Hipgnosis Songs Fund, said: “Over the last four years, we have acquired an incomparable portfolio of some of the most successful and culturally important songs of all time, now valued at $2.7 billion. The unique strength of our catalogue is demonstrated by the 9.9% increase in the operative NAV to $1.8491 per share, as reported by our independent portfolio valuer, and a total NAV return of 14.2%. This is largely driven by our iconic songs outstripping the general market growth in streaming, particularly in the second half of 2021, providing validation for our investment strategy.

“As we look forward, we continue to expect strong global revenue growth driven by the continued adoption of paid-for streaming. Despite the macro-economic environment, the attractiveness of the music streaming proposition continues to grow. It is the lowest cost entertainment subscription service and, with its offering of a near complete repertoire of global music, provides the most comprehensive offering of the on-demand, entertainment subscription services. This view is shared by the leading voices in the sector, including Goldman Sachs, who recently upgraded their double-digit annual growth forecast through to 2030 in their gold standard Music In The Air: Music still sounds good in a macro downturn…

“With clear evidence of a strong recovery in global performance income, the recent CRB III determination to increase streaming royalty rates for songwriters, and potential for further improvements in the upcoming CRB IV determination, all in addition to the extremely strong growth in streaming, I believe we are looking forward to very attractive market conditions. Given our incomparable collection of iconic songs, I believe Hipgnosis is perfectly placed and will continue to deliver excellent returns for our shareholders. Thank you to our shareholders for your incredible support, our board, brokers and the incredible songwriters who have entrusted us with their incomparable songs.”

Hipgnosis has also signed a direct administration agreement with Sacem, which will reduce third-party administration and collection fees, and the length of time it takes to collect digital revenues.