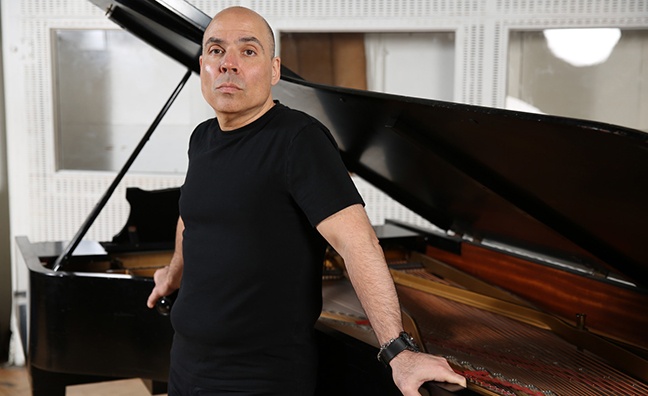 Hipgnosis Songs has made its latest acquisition by securing a share in Rick James' music catalogue.

The late Grammy Award-winning songwriter and producer's Street Songs 1981 album spent an unprecedented 78 weeks on the US R&B chart, including 20 weeks at No.1. The LP included the worldwidel hit Super Freak, which has racked up over 100 million streams on Spotify. and was sampled on MC Hammer’s global No.1, U Can’t Touch This.

Rick James was a true innovator

Merck Mercuriadis (pictured), founder of Hipgnosis Songs and The Family (Music) Limited, said: “Rick James was a true innovator. His 'punk funk' philosophy and style paved the way and influenced everyone from Prince to Michael Jackson to Jay-Z and the biggest names in hip-hop.

"All the while he was an incredible songwriter, producer, arranger, performer and artist making iconic songs like Super Freak and Give It to Me Baby. He’s one of the most sampled and interpolated creators of all time whose works have been turned into huge successes by MC Hammer, Lana Del Ray and Kendrick Lamar just to name a few.

"We are delighted to welcome his iconic work to the Hipgnosis Family and look forward to working closely with his daughter Ty James and his estate to ensure his legacy shines.”

The catalogue was acquired using proceeds from the Company’s July C Share fundraising.

Ty James said: “We are excited about our new venture with Hipgnosis, and pleased to establish this epic partnership with a company that truly appreciates the dynamic diversity of my dad’s music. Music that transcends through decades.

"Our goal is for my dad’s music to not only live, but to stay forever young and in the hearts of our families, friends, fans. We are elated for what’s to come from the union of our powerful musical entities working together. More greatness to come.”

Earlier this month, Hipgnosis acquired a portfolio of 42 catalogues from Kobalt Music Copyrights for $322.9 million (£250.2m).