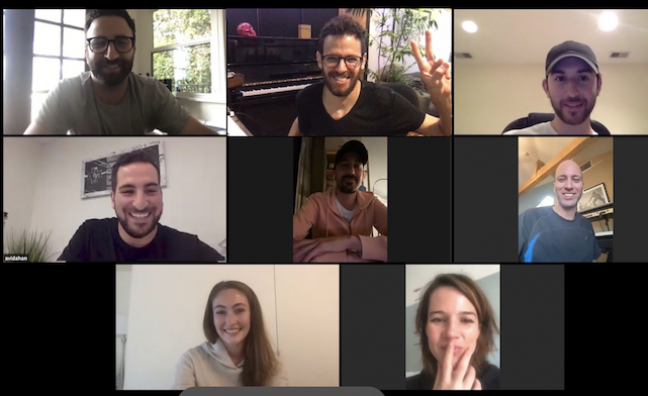 Sony/ATV Music Publishing has announced the signing of producer and songwriter Johnny Goldstein to a new co-publishing deal, in partnership with Artist Publishing Group (APG).

APG was founded by veteran Atlantic and Warner Music Group A&R executive Mike Caren, and will provide a full range of services alongside Sony/ATV.

Goldstein worked alongside Will I Am to produce the Black Eyed Peas’ eighth studio album Translation, which featured artists including Shakira, Tyga, Ozuna, Nicky Jam, Becky G, Maluma, French Montana, El Alfa, Piso 21, and J Rey Soul.  Single Mamacita is currently enjoying success across a number of US charts and has 295,452,373 Spotify streams.

Goldstein is enjoying sync success in 2020 too, with original compositions currently featured in campaigns for Samsung, LG, Honda, Citroën, American Express, Heinz, and 7 Up.

“His sound and instincts are truly versatile across genres, rhythms and continents,” Welle added. “He’s already a go-to name, and we’re excited to support him as his career continues to rise.”

APG CEO Mike Caren and APG A&R Josh Toll said: "Johnny is a one-of-a-kind producer who is up for every challenge, exceeds every expectation, and always does it with a smile! His unparalleled creative vision, cross-genre appeal, consistency and relentless drive for success will place him at the forefront of the industry."

CEO of Plush Management and global VP, A&R, Warner Music Group Aton Ben-Horin added: “Johnny is one of the most talented, versatile, and hardest working producers I've ever had the pleasure of working with. This collaboration between Sony/ATV and APG is the first of its kind, and I am confident that this unique partnership will maximize the amount of creative opportunities for Johnny. It's safe to say we have the dream team.”

Goldstein said: “In all my dreams I couldn’t imagine a better team than this. I’m so honored and excited to join the Sony/ATV and APG families. We are already working on some super exciting projects – and we are just getting started!”

Sony/ATV was named publisher of the year at the Music Week Awards 2020 earlier this year.