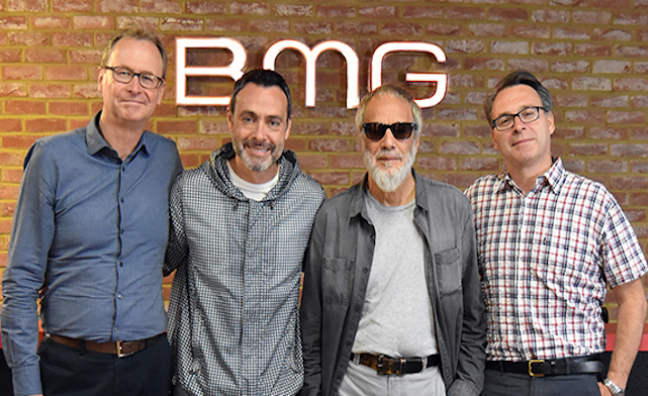 To mark his 70th birthday, Cat Stevens – otherwise known as Yusuf – has announced that he is entrusting more than 50 years of his songs and many of his recordings to BMG in a new umbrella agreement. The deal will span the range of his creative output including a feature documentary and other audio-visual and literary content.

Speaking about the deal, Yusuf said: “We are happy to continue our relationship with the BMG family. I feel very at home and lots of new creative ventures will soon come to light through the ethical vision we share.”

The new agreement also includes an extension of BMG’s long-term worldwide deal to administer rights in his entire music publishing catalogue comprising 185 songs written between 1965 and 2017. BMG’s original deal with Yusuf was made eight years ago.

The new agreement will also see BMG take on responsibility for releasing celebrated titles from the Yusuf / Cat Stevens recorded music catalogue including nine albums dating back to 1976.

Alistair Norbury, president repertoire & marketing BMG UK said: “Yusuf has guaranteed his place in the pantheon of British songwriters over a period of 50 years. We are delighted that he has extended his relationship with us in this way.”

Peter Stack, EVP global catalogue recordings said: “Cat-O-Log owns the rights to a significant body of Yusuf’s work, much of it unavailable for years. We look forward to working with Yusuf and his management, led by Yoriyos, to take it to a worldwide audience.”

Zach Katz, president repertoire & marketing BMG US added: “No other music company can offer the range of services provided by BMG and we are excited to work with Yusuf across the full range of his creativity.”

The first of an expected string of catalogue reissues and potentially books and audio-visual programmes will be released in 2019.