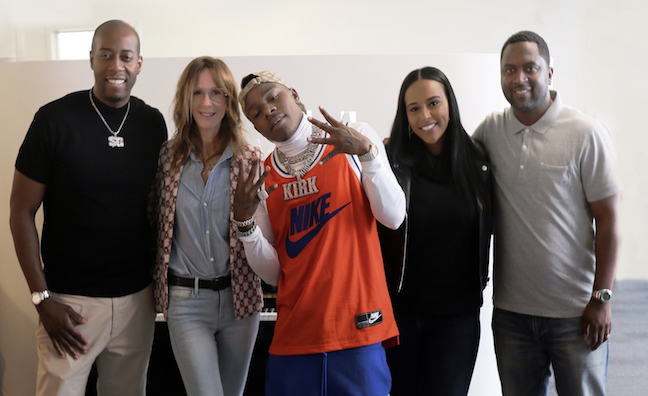 Speaking about the signing, UMPG chairman and CEO Jody Gerson said: “A talented artist and songwriter, DaBaby has garnered hundreds of millions of streams and amassed a huge global fanbase. With support from myself, our A&R team and Interscope Records, UMPG’s Ari Gelaw developed a close relationship with DaBaby and South Coast Music Group to build this exciting partnership. We are looking forward to many great years of success with DaBaby.”

DaBaby added: “I feel great about my decision to join UMPG. I’m looking forward to working with their team and taking my vision to new heights.”

Arnold Taylor, SCMG CEO, said: “We are excited about this joint venture with UMPG and their amazing staff and look forward to breaking new barriers in the TV/Films era!”

Ari Gelaw, UMPG A&R Manager, added: “DaBaby is a multifaceted artist who has the ability to massively impact culture and still maintain an authentic connection with his fans. We are excited to embark on this partnership with DaBaby & South Coast Music Group.”