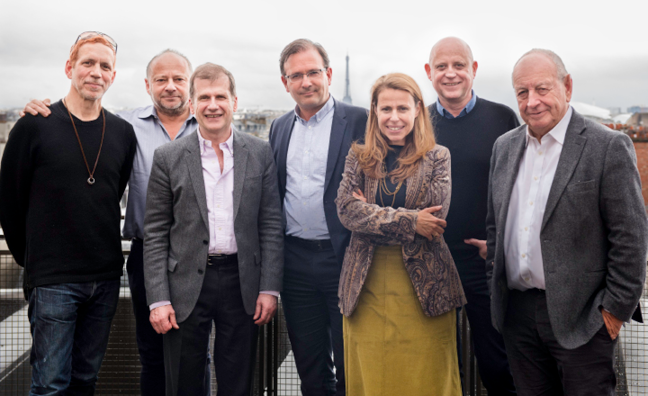 There have been an awful lot of comings and goings in the world of independent publishing digital rights of late, but here’s the news everyone has been waiting for.

As exclusively revealed in this week’s print edition of Music Week, IMPEL is officially going it alone, away from the MCPS/MPA umbrella, and has signed a new admin deal for its rights with SACEM.

The new agency is called IMPEL Collective Management Ltd and has a new, completely independent funding structure (being financed by its members, initially through loans). It also has a new processing and distribution partner, in the form of French collection society SACEM.

Under the agreement, which will kick in July 1, IMPEL will retain the right to negotiate its own licences, or can be included in SACEM’s deals. The new IMPEL hopes to do for indie publishers what Merlin has done for indie labels, driving better deals from digital services for the indie sector.

“Frankly SACEM blew us away with their level of understanding for our wish to represent our own interests,” said an IMPEL spokesperson. “We are very commercial people and their approach was by some margin more commercial than their competition. It is essential that topline digital growth is as great as possible and, in that regard, SACEM’s digital revenues have grown more strongly than their peers. Furthermore, SACEM were excited about the future of indie publishers and have gone out of their way to assist in all the issues that indie publishers face. IMPEL also decided that SACEM provided the speediest and most reliable invoicing and distribution systems, which again in turn plays into the commercial approach.”

The new organisation is open to members from every country and will be licensing in all territories, not just the EU. Founder members include the likes of Beggars Music, Bucks Music, Reservoir, Kassner Music and Truelove Music. Execs from those five companies will run the agency until a CEO is appointed later this year, while Universal Music Publishing Group’s former European head of digital, Matt Bolton, has been brought in to oversee the SACEM deal implementation.

Frankly, SACEM blew us away with their level of understanding for our wish to represent our own interests

In the meantime, execs queued up to praise the new venture.

“Being an independent has advantages which include being able to adapt more quickly to the market and to discover and develop new opportunities,” said David Kassner, MD of Kassner Music. “IMPEL provides a great chance for independent publishers to work together and support an initiative that will enhance our capability to maximise those advantages. We believe that SACEM fully appreciates IMPEL’s goals and Cécile Rap Veber (executive director, licensing & international) and her team, recognising the potential for growth that the independent sector carries with it, met and exceeded our expectations in terms of the levels of service they have offered. We are delighted to be working with them.”

“I’m thrilled to be involved in the launch of IMPEL’s next exciting chapter,” said Truleove Music founder John Truelove. “The dream of independent publishers achieving single worldwide licensing of the major digital platforms comes one step closer to realisation, to the ultimate benefit of all stakeholders. The collective repertoire and global ambition of the IMPEL publishers, together with the vision and technology of SACEM feels like a positive and winning combination. We are ready!”

Jean-Noël Tronc, CEO of SACEM, said: “We are delighted to be partnering with IMPEL in its mission to ensure that publishers are fairly remunerated in the rapidly evolving digital environment. SACEM is deeply committed to the long term sustainability of a vibrant musical culture and we believe that independent publishers play a key role in this. With a repertoire spanning a wide array of genres from hip hop to classical, we look forward to working with IMPEL to deliver transparency and value for all its members, and fostering a sustainable and diverse music industry.”

“A new-generation music industry needs new-generation solutions, which I’m proud to say Merlin has become,” said Merlin CEO Charles Caldas. “We applaud the forward-thinking companies behind the formation of IMPEL who have understood that efficiency, transparency and innovation are crucial to allowing independent companies to compete in this fast evolving market. I wish them all success in shaking the world of publishing up to deliver their members the best possible solution in enhancing the value of their rights.”

“I have watched with admiration the impact that Merlin has had on the global community of Indie labels,” said Beggars chairman Andy Heath. “IMPEL will follow that lead and inspire the indie publisher community to realise the full value of their rights and compete with the international majors.”

IMPEL will target new members, although it also has to deal with an exodus of some key members of the old organisation. Music Week has already revealed that Concord, Peermusic and Downtown have taken their rights out of IMPEL and instead done deals with pan-European licensing body ICE, setting up independent publishing digital rights as an area of fierce competition.

Music Week first revealed IMPEL’s plans to go it alone in March, via an interview with MPA Group Of Companies CEO Jane Dyball. Dyball, who was running the body in its days under the MPA umbrella, will no longer be involved with IMPEL, but has praised the move.