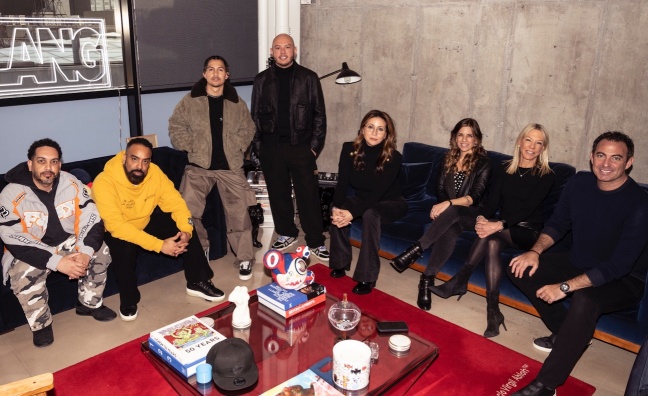 The deal covers pre-2021 releases including I Like It (by Cardi B featuring Bad Bunny and J Balvin), Dakiti (by Bad Bunny and Jhay Cortez) and Telepatia (by Kali Uchis).

The sale was brokered by the hitmaker’s representatives, manager Lex Borrero and attorney Jason Boyarski of Boyarski Fritz.

“The eight-figure deal marks a historic moment for a Latin producer and Latin entertainment,” said a statement. It was reportedly worth $25m.

Last week, Influence Media Partners announced a new alliance in partnership with funds and accounts managed by BlackRock Alternative Investors and Warner Music Group. It will create a music rights platform that will invest in and manage premier compositions.

“I am happy to continue to be a part of this cultural awakening for Latino music and artists in this business,” said Tainy. “This acquisition solidifies my hard work and the power that Latin music has in the global mainstream. Thanks to my manager Lex and attorney Jason for helping us make history.”

“Tainy’s catalogue is part of Latin music history and I wanted our partners to treat it and value it as such,” said manager Lex Borrero. “The team at influence did just that.”

"Tainy has redefined the sound and the future of Latin music,” said Influence Media founding advisor & partner Rene McLean. “We are honoured to be part of the creative journey as he and Lex Barrero continue to push music and culture into a new stratosphere.”