'It's been challenging but rewarding': Jane Dyball steps down at MPA Group 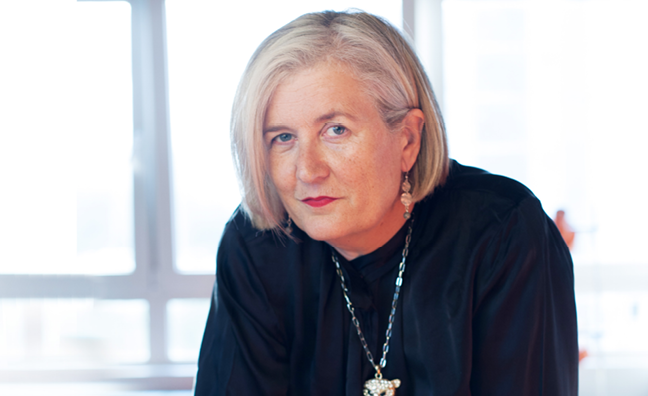 The Music Publishers Association Group of companies has announced the departure of CEO Jane Dyball, who will step down in early 2019.

Dyball has overseen a big shake-up at the MPA Group, including the breakaway of IMPEL as a separate organisation to manage publishers' online rights. It officially launched in partnership with SACEM this month.

She joined as CEO of MCPS, PMLL and IMPEL in January 2014, later adding MPA to her roster. During her spell, she brought MPA’s group of companies together under one roof, and steered MCPS in its first few years as a standalone business during which time it paid down more than £16 million of debt. MCPS finally reached a long-term administration agreement with PRS last year after lengthy discussions about who would run the back-office functions.

Dyball also revamped the MPA service to its members, and developed new licensing schemes at PMLL.

She addressed the reorganisation in a speech at the MPA AGM this month, during which she described the organisation as "ambitious". There was also confirmation that MPA plans to depart the PRS building in Pancras Square for a new HQ.

During the remaining months of her tenure, Dyball will see through the review of MCPS’s membership agreement and strategic licensing review.

Dyball said: “It’s always hard to know when to leave because there is always more to do, and these companies have a really great future. However, I have either completed or set in motion everything on the 'to do' list that I wrote on my first day and it seemed the right time to move on. It has been challenging but rewarding and I have loved working with such a great team – both within the Group but also among our members and partners. I’m really grateful to the boards and members who I have tried my best to represent for letting me have this opportunity."

These companies have a really great future

Jackie Alway, MPA chair, said: “Jane has been a force for good at the MPA for the last four years, driving innovation and positive change. The MPA Group of companies has been brought together and rendered streamlined and efficient. The MPA itself is now a dynamic organisation staffed by a talented and hardworking team achieving great things.

“We are sharply focussed on defending publishers’ and creators’ rights at policy level, and beyond that Jane has been the architect of a great evolution in the services we provide to members. On her watch, the MPA has gained student members, a young members group, extended training and education events, policy updates for members and fantastic summer and Christmas parties. We are so grateful to Jane for her energy, humour and vision.  We wish her further success in her next ventures and we look forward to the challenge of finding a new leader for our organisation who can build on these well-laid foundations”.

Chris Butler, MCPS chair, said: “It has been a pleasure and an education to work with Jane over the past years which have been transformational for MCPS during a period of systemic industry change. We are extremely grateful for her hard work and undoubted achievements and she will leave the company in fine shape for her successor as it enters the next phase of its development. ”

Richard King, PMLL chair, added: “The formation and emergence of PMLL has coincided with Jane’s tenure as MPA Group CEO. Its success as a licensing body has been enabled by her vision and drive, for which all constituents of the printed music community are hugely grateful.”

Dyball joined MPA after 15 years at Warner/Chappell, where she was SVP, business affairs and international legal.