'It's not a role for the faint hearted': PRS For Music's boss Robert Ashcroft's final speech - in full 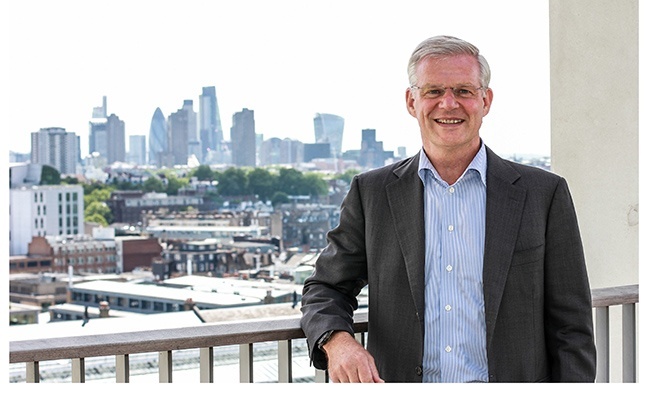 PRS For Music's Robert Ashcroft has taken stock of his ten years in charges of the organisation in his final speech before standing down.

Speaking today (May 21) at PRS' AGM in London – where new members to the PRS Board were also announced – the chief executive looked back on a "challenging and extraordinarily complex role" that was "at times not for the faint hearted". But he also found time to celebrate an 80% raise in royalty revenue during his tenure.

Ashcroft also underlined the importance of the recent introduction of EU online copyright legislation that his organisation lobbied heavily for, declaring its adoption "a massive victory".

Ashcroft is due to step down from PRS at the end of 2019 and will be succeeded by Andrea Martin. Read his speech in full:

Nigel [Elderton, chairman of PRS], thank you for the introduction and for your chairmanship over the past two years. It has been a pleasure to work with you during the last 10 years.

I announced at the end of last year my intention to stand down as Chief Executive in December this year after a decade in the role, so this is my final AGM and my last opportunity to address you.

As you will recall, my speech last year began with an acknowledgement of some historic distribution issues, and I said that there was no higher priority, either for me, or for the organisation, than to prevent any future re-occurence.

Ahead of the July distribution last year therefore, and immediately after the AGM, we reorganised those parts of the company involved in the distribution process and developed new tools and processes to address the problems we had experienced. These changes bring into force a ‘three lines of defence’ strategy, in line with best-practice in the Financial Services Sector.

I am also proud to say, not only that we are the first collecting society in the world to achieve IS0 20000 certification across our operations, but also that our knowledge transfer process has been cited by the International Standards Organisation as representing global best practice.

I promised that we would fix this and we have.

I am confident that our members can now rely upon their distributions and would like to extend my thanks to my management team, especially to Rachael Naylor, who was appointed as director of operations and Distributions last year, to our members for their constructive feedback and to our staff across the company, for their efforts in this most important endeavour.

Over the last 12 months we have welcomed many new faces to the business. Sami Valkonen joined us from Google to lead our International team. Claire Jarvis is your new  membership director, having spent 12 years at Sky, and formerly the BBC. Barney Hooper, rejoined the business after five years in the live sector at AEG. We also welcomed Mark Krajewski as interim chief information officer, to lead our IT team and Neil Whitaker as interim director of transformation. We now have one of the strongest management teams in the 10 years I have been in office and I would like to welcome them all and thank them for the positive change they have made.

We also said goodbye this year to our executive director of membership, International and Licensing, Paul Clements, who left to take up the position of CEO of the MPA Group.

We are fortunate that Paul remains within the business and I know he will work tirelessly on behalf of the MPA’s publisher members. In the meantime, I would like to recognise his extraordinary contribution to PRS for Music throughout my tenure: achieving synergies with MCPS, putting our Public Performance business firmly on the path to growth, dramatically improving our relationship with industry bodies from cinemas to cruise lines and the live performance sector, modernising our Live Popular Tariff and protecting our members’ intersts in Broadcast licensing in times of great turmoil.

Thank you Paul. They made a wise choice.

It has been an honour to serve as chief executive. Positions such as these, where you can help shape an industry, while providing a vital revenue stream that allows the creation of the music that so enriches our lives, are few and far between

This past year has been a year of delivery and we have launched a range of new products and services, with more to come. We’ve piloted online statements and received excellent feedback ahead of our full launch in the summer.

Identity Access Management, or IAM, began a programmed rollout at the end of March to provide those who manage the accounts of multiple songwriters with the ability to switch between them effortlessly.

IAM is the building block for our future product launches, including full online statement capability, our new mobile app (version 1 of which is available in the iOS and Android stores), improvements to the Set List Hub and other applications due for launch in the summer.

We have improved the communications around our distributions, with greater transparency via our live distribution page. We always aim to get the maximum amount of money distributed on time, but there are often reasons outside our control, where this cannot be done. We may have received incorrect or incomplete data from a licensee, there may be a dispute regarding the licence, or the money might not have been received as planned. Our commitment is to pay accurately and quickly, and where we cannot pay quickly to explain why, and let you know when you will receive this money.

We operate in an increasingly competitive environment and must continue to invest in our offering to members and licensees to remain a growing force, delivering more revenue year-on-year, better services, and ultimately more money to you.

Steve Powell, our chief financial officer, will take you through a full assessment of our finances shortly. Despite the headwinds we knew we faced going into 2018: the delay to the new Live Popular Tariff and the delay to the launch of our joint venture with PPL in Leicester, 2018 was another positive year, with 4.4% growth in our revenues on a constant currency basis.

We collected almost three quarters of a billion pounds last year, a record amount for the society. As planned and budgeted for, costs rose to allow us to invest to deliver this growth, to improve our services and to establish and support our joint venture with PPL for public performance licensing.

Looking at the 12 months from January to December 2018, we distributed £603m, slightly down on the prior year, the reason being a delay in the invoicing and payments from our Leicester joint venture and from ICE, who experienced another dramatic increase in volumes up to 11.2 trillion performances.

Importantly, however, from the £746m will collected in 2018, after costs and other income, our net distributable income is £648.4m. This is a more accurate picture of the money that has been – and will – be paid to members.

The growth in royalty income we achieved again in 2018 didn’t happen by accident; it was the result of a carefully crafted and executed strategy.

Implemented in my first year and refined over the years to keep pace with change – we have focused on online licensing, on international growth and on up-selling the value of music to UK businesses. We identified the importance of collaborating with overseas societies; we focused our lobbying efforts on the need to secure a fair rate for the use of our members’ works online and we invested for growth in public performance licensing.

I am confident, based on our financial results this year to date and our full 2019 forecast, that in my time we shall have increased our royalty revenue by over 80%, and I believe we can all be proud of that.

It is clear to me that PRS for Music is at its best, and delivers its best, when leading the industry; when it is outward looking, proactive, engaged with its membership, and prepared to fight for copyright at all levels.

We have also shaped the industry, from simplifying the licensing environment for hundreds of thousands of UK businesses, to shaping the Collective Rights Management Directive of 2014 (which provides for transparency and good governance across the European collective rights sector), to the most recent, and indeed the most significant change in copyright law in nearly twenty years: the passage into law on 15 April of the EU Copyright Directive.

This started as a proposal for exceptions to copyright and ended with the giant Internet platforms being made liable for it: a complete volte-face and a massive victory.

This was the most controversial legislation ever to go before the European Parliament and the lobbying campaign was unprecedented, but it was PRS who shaped the argument, putting the Transfer of Value on the European Commission’s agenda back in February 2015.

The successful vote last month was a victory for creators, for our combined lobbying efforts as an industry and for everyone at PRS for Music.

Special thanks, though, to John Mottram, our head of public affairs, and his team, for the skilful way they lobbied and worked with the industry to maintain a common position and to Jenny Goodwin, without whose editorial support George Barker’s and my economics paper, published in September 2014, which first identified the Transfer of Value, would never have seen the light of day.

As I look back over the past ten years, to the strategy we set, to the initiatives we have undertaken and to the results we have delivered, I believe we took the right course.

It is clear to me that PRS for Music is at its best, and delivers its best, when leading the industry; when it is outward looking, proactive, engaged with its membership, and prepared to fight for copyright at all levels.

We do not operate alone in this market; gone are the days of slow-moving, inward looking national monopolies. Competition is good and forces change.

A clear vision, a defined purpose and a strategy that delivers growth is where PRS excels. If we do not lead, others will, and our relevance and attractiveness to our members, will diminish. There will always be those waiting in the wings if we rest on our laurels and focus only on ourselves.

My successor was announced last week. I would like to offer a warm welcome to Andrea Martin and congratulate her on her appointment. I believe the Board have made an excellent choice and I look forward to working alongside her during our handover.

It is a challenging and extraordinarily complex role, and at times not for the faint hearted. However, Andrea joins an organisation at the heart of a changing music industry and will be working with some of the best people in the business. I know they will offer her the support and guidance afforded to me when I joined nearly ten years ago.

Andrea, I wish you the very best of luck, and I hope you enjoy your tenure as much as I have.

It has been an honour to serve as your chief executive for the last decade. Positions such as these, where you can help shape an industry, while providing a vital revenue stream that allows the creation of the music that so enriches our lives, are few and far between. I have been fortunate to occupy this role for a decade and it has been a true pleasure to work on your behalf.

I wish all our members every success and I thank the team at PRS For Music and our Board members for everything they have done for you and for me, during these past 10 years.