'It's really important': Sync guru Iain Cooke looks ahead to the Sync Awards 2018 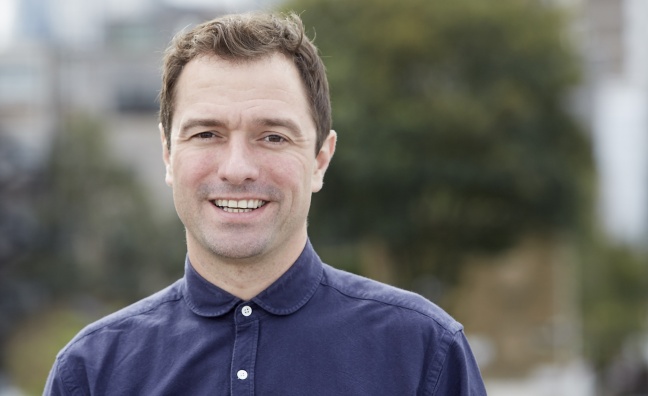 Around this time of year, the sync sector experiences a very particular kind of buzz. With the Music Week Sync Awards around the corner, the great and the good of the business are preparing to don their gladrags and unite for the biggest night in the calendar.

Hosted by comedian Tom Ward and taking place this Thursday at London’s Connaught Rooms, the fifth edition of the Music Week Sync Awards will celebrate the best the sector has to offer, with shiny trophies ready to be handed out to the labels, publishers, music supervisors and artists behind the best syncs of the year.

Musicweek.com will be very busy in the run up to the event, and the first installment of our preview coverage comes from Iain Cooke, president of the UK & European Guild of Music Supervisors, which partners with Music Week on the event.

We sat down with Cooke to reflect on a stellar year to hear what’s hot and find out why sync matters to the wider biz more than ever.

What trends have you picked up on during the last 12 months in sync?

“The use of music within TV drama is getting better and better with each year. There’s quite often a bolder and braver approach being taken. The way that music is used in American TV is helping pave the way for UK productions to go down that route and not just to compose. If there’s an ambition at the outset to do something interesting with the source music or the commercial music, then it comes from the writer or production. Production companies realise that if the music is done well and in a unique way, it creates a lot of interest around the show. You get added exposure on social media around interestingly curated soundtracks. Killing Eve is brilliant and bold. I’m excited that this category is going to get stronger and stronger, there’s so much fantastic drama being produced in the UK at the moment."

Are the artists and the music business aware of those changes?

“I would say most artists are very open to sync, it’s not just a revenue stream, it’s a creative media and a chance to collaborate with like-minded people. Artists are very interested in having their music used. It feels like labels are putting quite a bit more focus on things like the Shazam charts and the impact of certain syncs. Music is much more immediate and there are definite attributable spikes and you can correlate exactly where the impact comes from then it’s definitely helping. Things like Love Island have huge impact on people’s careers. With those things being quantifiable it’s helping give credit to the people who put the spots in, whereas in yesteryear when stats weren’t as available it was less directly attributable. It’s helping people realise the importance of sync."

So is sync more important now than ever?

"It’s been developing over years and years, sync is a really important part of any artist’s revenue stream, along with live, merchandise, streaming and everything else. As long as artists and managers are looking at a 360 perspective, sync is an important part of that."

“Sync is 100% a way to break an artist. It’s a clever way of not only earning income, but getting exposure from the off. You had it with Barns Courtney historically, and now with Freya Ridings and Tom Walker. If you can take that to radio and as part of your strategy then it paves the way for an easier marketing campaign. Record companies and publishers will put more resource behind an act knowing the appetite is already there.”

For more information and to enquire about any last minute tickets for Thursday’s event, click here or email kate.smith@futurenet.com.