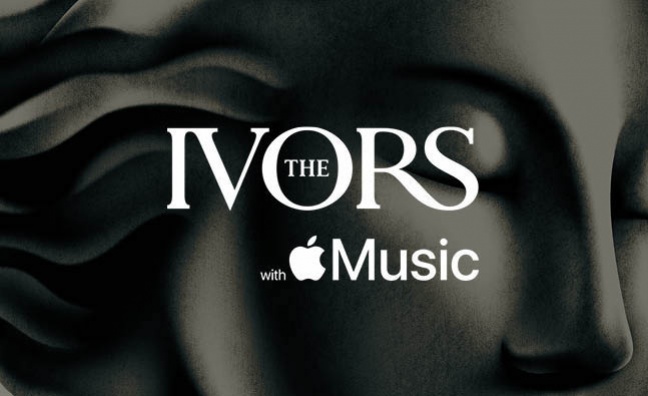 The Ivors Academy has announced the winners of The Ivors with Apple Music.

Celebrating the best songwriting and screen composition of 2019, this year’s awards winners were revealed by Matt Wilkinson on Apple Music 1 radio. All winning works and catalogues can be heard on Apple Music

It is the 65th year Ivor Novello Awards have been presented. Originally scheduled for May, the presentation of awards was postponed to September due to Covid 19.

The award for Best Contemporary Song was presented to Dave and Fraser T Smith for Black, which they memorably performed at the BRITs. Their second Ivor in as many years, the judges described the work as “important, eloquent and a song that not only empowers, but is borderless in its musicality”.

Bobby Krlic won his first Ivor for Best Original Film Score for the score to Midsommar, hailed by the judges as an “outstanding incidental score that is an inseparable part of the uncompromising vision of the film”.

The Ivor Novello Award for Best Original Video Game Score was awarded to Simon Poole for Draugen. The judges described the video game’s score as “flawless and beautifully evocative”.

Jamie Cullum collected his first Ivor for Age Of Anxiety in the Best Song Musically and Lyrically category, with the judges describing the song as “beautifully emotive, with an exceptionally crafted melody”.

"I’m so proud and happy to receive this award," said Cullum. "I’ve been plugging away at this for some time now and I wasn’t always taken seriously as a songwriter, so to receive this now at this point in my career for this song, which I fiercely believe in, feels particularly special.

"I pulled every bit of geekery and knowledge and love for songwriting that I’ve built up over the years into this one song, and I’m really glad it resonated with people and that it resonated with you Ivors Academy."

The award for the Best Television Soundtrack was awarded to Labrinth for his soundtrack to Euphoria, HBO’s teen drama. It is Labrinth’s first win for scoring screen music and second Ivor, having previously won for co-writing Tinie Tempah’s Pass Out.

Warner Chappell has wins with Dave and Rag 'N' Bone Man, while Kobalt has a pair of Ivors victors (a share in Best Contemporary Song, as well as Best Original Film Score).

Amber Davis, head of A&R, Warner Chappell Music, said: “Dave and Fraser created a beautiful and important piece of music that will be talked about for a long time to come. I’m so pleased that this song has been recognised on a stage as important as the Ivors. Both of them put such care and attention into their songwriting, so it’s great to see it acknowledged by their peers.”

She added: "Giant sees Rory at his best – showcasing his incredible voice and his amazing songwriting ability.  The track became an undeniable hit last year and it still feels fresh to this day. I’m delighted that Rory’s won his first Ivor. It’s always a great feeling when your songwriters win awards, but in the publishing world the Ivors feel extra special. I’d like to say congratulations to Dave, Fraser, Rory and all our writers that were nominated and a thank you to everyone at Warner Chappell for their hard work."

The Ivor Novello Award for Songwriter of the Year has been presented since 1974 and recognises a writer whose creativity has made an identifiable impact on the award year. This year’s recipient was songwriter Steve Mac, who co-wrote 2019 hits including Mabel’s Don’t Call Me Up and Mad Love, South Of The Border by Ed Sheeran featuring Camila Cabello and Cardi B, Westlife’s Hello My Love and Better Man and Harder by Jax Jones and Bebe Rexha.

An Academy Fellowship, the highest honour that The Ivors Academy bestows, recognises excellence and impact in the art and craft of music creation. This year has seen it awarded to Joan Armatrading, in recognition of her enduring achievements in music. It is only the nineteenth Fellowship that the Academy has awarded in its 76-year history, as Joan Armatrading joins a roster of songwriting greats including Annie Lennox, Sir Paul McCartney and Sir Elton John.

Annie Lennox, who was made a Fellow of the Academy in 2015, said: “Joan Armatrading was born to create beautiful music, as she has done so consistently over the decades of her life, as an outstanding singer songwriter, recording artist and performer. With her definitive voice and unique guitar playing style, her songs are masterful classics. She is a legendary British artist who thoroughly deserves to be recognised and honoured with an Ivors Academy Fellowship. I’m thrilled to know that she will soon be part of this incredible association.”

Crispin Hunt, Chair of The Ivors Academy, said: “The Ivors 2020 is a stunning roll call of songwriting and screen composing talent. I would like to congratulate every winner and nominee on their incredible achievements. The UK produces some of the most dynamic, creative and successful music creators in the world working across games, TV, film and recorded music. Their talent is the reason that the music we all love exists. Each Ivor Novello Award is unique as it is presented to music creators by music creators on behalf of the Academy and is an expression of our admiration.”

Performed by Little Simz. Published in the UK by Universal Music Publishing.

Performed by Dave. Published in the UK by Warner Chappell Music and Kobalt Music Publishing.

Published in the UK by A24 Music - Kobalt Music Publishing.

Age of Anxiety- Written and performed by Jamie Cullum Published in the UK by Sentric Music Ltd.

Published in the UK by Universal Music Publishing.


Songwriter of the Year