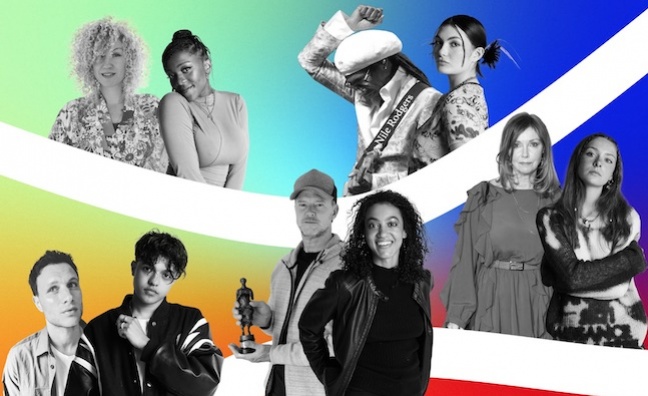 The Ivors Academy has announced the five nominees for its Rising Star Award with Apple Music, which returns for the second year.

The award discovers, supports, and accelerates the careers of the most promising music creators, and is part of Apple Music’s continued support of the songwriter and composer community.

The five nominees were chosen by a group of award-winning songwriters and composers from across The Ivors Academy’s membership.

Following the success of last year’s mentoring scheme, 2020 Rising Star Award winner Mysie signed to mentor Fraser T Smith’s label earlier this year. For 2021, each nominee will again receive a year-long mentorship from a well-established Academy member as their individual mentor as well as support from leaders from Apple Music, to help develop their networks, discover new opportunities and better understand how to navigate their careers.

The 2021 Rising Star Award nominees and mentors are:

Nile Rodgers said: “As a producer my role is to create an environment where the artist, musicians and songwriters can be confident to give their very best. I see my role with the Ivors Academy and my friends at Apple Music similarly. I love mentoring and nurturing the incredible young talent they are accelerating the development of. They are the stars of the future.”

Shaznay Lewis, Ivor Novello Award winner and chair of The Ivors Awards Committee at The Ivors Academy, said: “I’m delighted that the Rising Star Award with Apple Music  returns for a second year. Keep an eye on these nominees, they’re worth watching. I hope that the right support and recognition helps them blaze new trails and inspire other emerging music makers. Opportunities and acknowledgments like this are more important than ever and The Ivors Academy and Apple Music are proud to support the young artists nominated for this year’s award.”

Apple Music is supporting The Ivors Academy’s mission to cultivate the next generation of music creators. The nominations were announced during the Matt Wilkinson Show on Apple Music with last year’s winner Mysie.

The nominees will also receive Logic Pro X and GarageBand workshops to ensure they are able to make the most of Apple’s creative tools. They will also receive support from the creative services team within Apple’s Music publishing division to optimise their compositions on Apple Music.

In its first year, the Rising Star Award received the most applications for any category in the Academy’s history. When the Ivors Academy called for public submissions earlier this year, they saw a 30% increase on last year’s entries, 50% of which were also made by female music creators.

The 66th presentation of Ivor Novello Awards at The Ivors with Apple Music is set to return to the Grosvenor House in London and will follow all the latest government advice and regulations to ensure a safe event.