Kobalt's David Wille on why sync is more important than ever 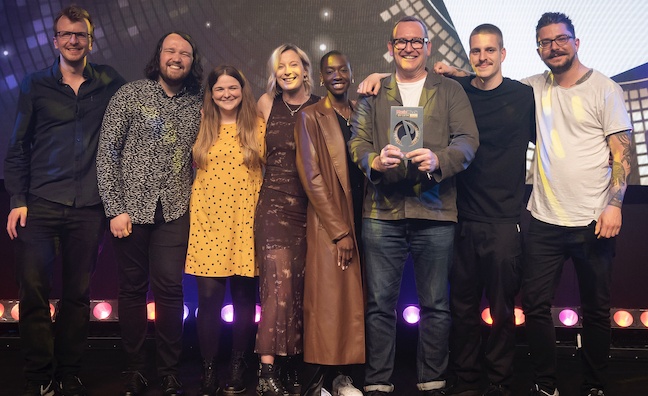 According to David Wille at Kobalt Music Publishing, sync has never been more important to artists and the music business than it is now.

Wille leads the company’s sync operation in his capacity as SVP, sync & brand partnerships, UK & Europe, and the executive has told Music Week that his team – and the rest of the sector – play a vital role in today’s business.

“Sync has become more and more important in an artist’s day-to-day activity and when you deliver a great sync for an artist it can be transformative,” said Wille, who was speaking in the wake of his team’s win at last month’s Music Week Awards.

He said that Covid restrictions have only served to stir up more innovation in the sync sector. Kobalt’s winning entry included first-ever sync spots for both Tracy Chapman and Björk.

“Yes, the pandemic put all of us in a slower situation, but sync has come back with force, with energy and creative imagination,” said Wille. “There are lots of really great films, games and TV ads being made, it’s a super-exciting time.”

“I’m just so happy for all the people who work with us and make the magic happen,” he said. “Everyone thinks that when they’re watching a bit of music and film happen that it’s really easy. It’s not, it takes a lot of care, attention and skill and we do it all day long. We fight fires, spin plates and ride unicycles… It’s just amazing.”

Sync takes a lot of care, attention and skill and we do it all day long

Kobalt’s big wins in 2021 included placing Björk's All Is Full Of Love in a spot for perfume giant Mugler and a sync for Tracy Chapman’s Baby Can I Hold You in House Of Gucci.

“We also did a Backstreet Boys ad with Samsung,” said Wille, “But for all the historical stuff we’ve done, right now there’s an Orla Gartland sync happening in Heartstopper which is transforming both her career and the programme, and if anyone wants to understand the magic of sync they should look at that.”

Garland’s track Why Am I Like This? is about to reach 30 million plays on Spotify thanks to its use in the hit Netflix show.

“I think the people who work with us know that we want to get deals done and we want to make our music live and breathe with picture,” said Wille. “We’re good to deal with, we don’t roll over, we’re negotiators and we’re great creatively. We always try to help clients get their deals done, they have amazing pictures to put out that have our music with them.”