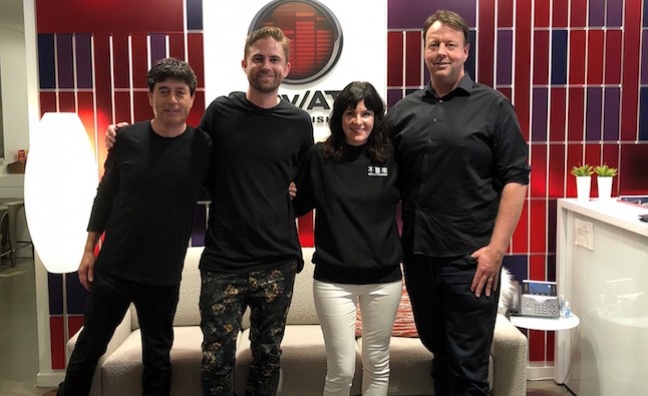 The new agreement with the Grammy-winning and Golden Globe nominated songwriter, musician and producer includes his work with Lorde, and songs with artists including Khalid, Imagine Dragons and Sam Smith. It also covers future compositions.

Sony/ATV co-president, US, Rick Krim, said: “It has been an honour and a pleasure for all of us at Sony/ATV to work with Joel, and we couldn’t be happier for his ongoing success.  We are thrilled to be continuing with him and are excited about what the future will bring.”

Sony/ATV SVP and co-head of west coast A&R Jennifer Knoepfle said: “It’s been an incredible ride working side by side with this talented and lovely man. I am so proud of the work he’s created throughout his career and so happy we are continuing our long-standing relationship.”

Little said: “Sony/ATV have been taking care of me for 10 years now and at this point it just feels like home. The extended family there have put in so much hard work for me over the years and I can’t wait to see where we take things with this next chapter.”

Joel Little’s manager, Ashley Page, said: “Sony ATV have always valued and recognised Joel’s talent, providing every opportunity for his continued growth. It’s been an incredible partnership, something clearly recognised in the new arrangement, and we’re really looking forward to greater success together.”

Little was a singer and guitarist of the New Zealand band Goodnight Nurse when he was introduced to local singer-songwriter Ella Yelich-O’Connor, now better known as Lorde. The pair went on to collaborate on songs for both her albums and the soundtrack to Hunger Games: Mockingjay, Part 1.