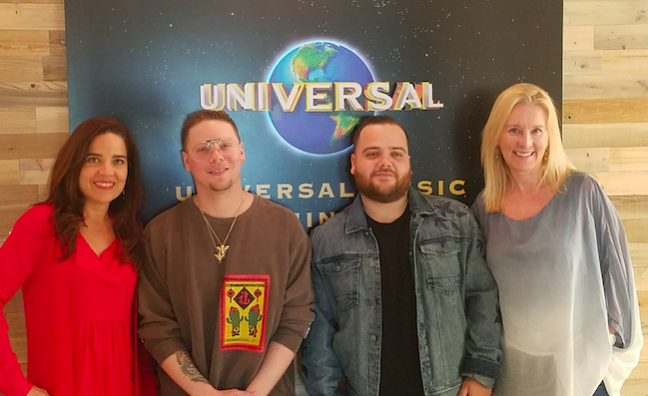 The Florida-based writing/production duo, made up of brothers Giencarlos and Jonathan Rivera (also known as Yan and Yon MadMusick), have worked with artists including Daddy Yankee, Yandel and Wisin.

MadMusick have enjoyed success in Latin markets and have been nominated for the Latin Grammy Awards on numerous occasions. Their Daddy Yankee collaboration, Limbo, won Latin Song Of The Year at the 2014 ASCAP Awards and spent 22 consecutive weeks at No.1 on Billboard’s Latin Chart. The song has a to date sales figure of 32,028 in the UK, according to the Official Charts Company.

Ana Rosa Santiago, VP, latin music at UMPG said: “MadMusick speak to a young global audience. While they specialize in urban music, they work across genres and generations, writing and producing music with artists from many different backgrounds. I’m thrilled to welcome them to UMPG.”

Giencarlos and Jonathan Rivera commented: “After a long time searching for the right publishing house, we found the company that believes in us and in our vision.”