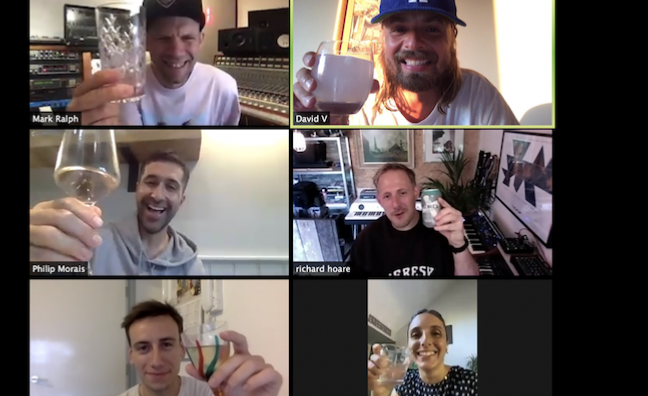 Ralph has had a hand in five UK No.1 singles and his catalogue includes work with a range of acts including Jess Glynne, Years & Years, Jax Jones, Becky Hill, Usher, Tom Walker, Clean Bandit, Georgia and Rudimental and more.

His five chart-toppers are Rudimental’s These Days, Years & Years’ King and Rockabye, Rather Be and Symphony by Clean Bandit.

Ralph has been working with the company, winner of publisher of the year at the 2020 Music Week Awards, for six years.

Mark Ralph said: “The six years I’ve spent with Sony/ATV thus far has been fruitful and exciting, in equal measure. During my journey from artist through to songwriter/producer, David Ventura has consistently been there for me in a hugely pro-active capacity, and I owe him and the whole of the Sony/ATV team a debt of gratitude for the success I’ve experienced over that period. I’m excited to be extending our relationship and look forward to building upon everything we’ve achieved so far.”

Sony/ATV UK president, co-managing director David Ventura said: “I have been lucky to be involved and watch Mark become one of the most in-demand songwriters and producers on the planet. His work ethic is exemplary, often in sessions all weekend and Mark’s studio “Club Ralph” has been a sanctuary, creating so many incredible collaborations, with Clean Bandit, Years & Years, Jax Jones, Georgia, Martin Solveig, Becky Hill and RAYE to name a few!  Mark has a unique understanding and genius ear for how artists want their music to sound. I feel truly proud of the relationship we have forged with Mark and Phil during these last years and we are all buzzing for the years to come.”

Sony/ATV UK and Europe A&R manager, Sarah Gabrielli added: “Mark is an absolute legend, a genius producer and it’s been a real pleasure to work with him, alongside Phil and Jed. I am very much looking forward to the music ahead!”

Manager Philip Morais said: “Over the last six years, with Sony/ATV’s support, Mark has established himself as one of the UK’s best writer producers. We are excited to be working with David and the team again, to not only replicate the success achieved, but to better our accomplishments. We look forward getting started.”