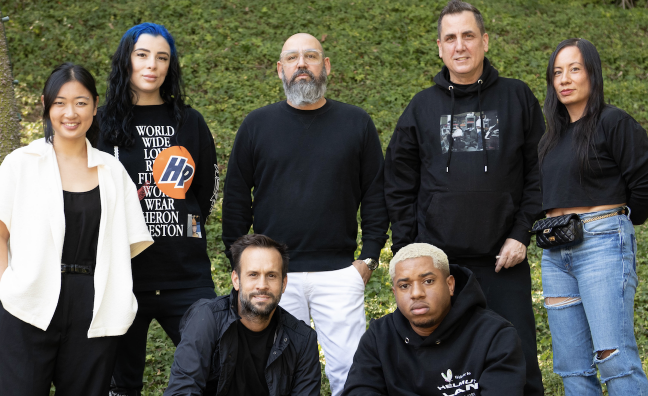 Dean is known as an originator behind the Dirty South sound in the 1990s through his work with artists from Rap-A-Lot Records. In the 2000’s, Dean began to work with Kanye West, initially contributing to the Grammy-nominated The College Dropout and Late Registration. He went on to contribute as a producer on Graduation, My Beautiful Dark Twisted Fantasy, Yeezus, The Life Of Pablo and Ye. He also co-produced on West’s Watch the Throne collaboration with Jay-Z. He launched his own label, M.W.A. in 2017.

His first signing with Pulse is Houston’s Apex Martin, who produced Smokepurrp’s Deadstar 2.

It’s going to be a fruitful relationship

Josh Abraham said: “I’ve always been a big fan of Mike’s and couldn’t be happier that we finally have an opportunity to work together. I’ve been following Apex’s career for a couple of years and when Gary mentioned to me the idea of working together it made perfect sense that this was meant to be.”

Ashley Calhoun said: “Mike Dean is a legend who has helped shape the sound of hip-hop. Partnering with Mike and having the Pulse crew working alongside him in a creative joint venture is a dream team. We admire Apex and he’s already proven himself with the work that he’s done with Kanye West, Ty Dolla $ign, Future, and Smokepurpp. We see this as the tipping point -- we’re going to be doing a lot of big things together and the team is excited to stand with Apex and help shape this next chapter of his career.”

Mike Dean said: “So happy to start this joint venture with Pulse and Apex. I’m looking forward to working with the team to push Apex over the top. It’s going to be a fruitful relationship.”

Apex Martin added: “I’m very humbled to be joining Mike in this new deal with Pulse. As I continue to dive into my other endeavours, adding to my creative output and building my business I’m thrilled to be at the beginning of this great new partnership.”