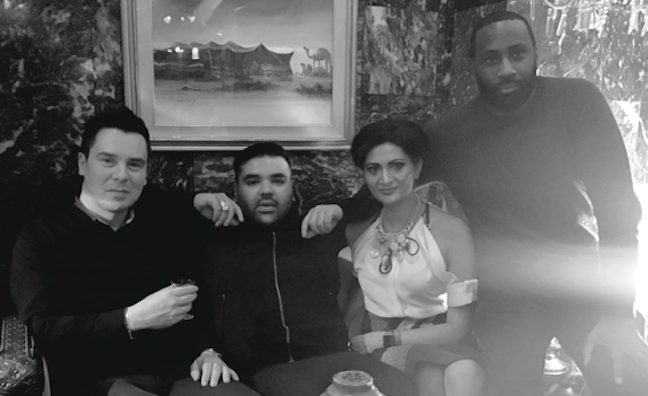 UK songwriter and producer Naughty Boy, who has penned and produced tracks for the likes of Sam Smith and Emile Sandé, has signed a worldwide deal with Downtown Music Publishing. The company has also established a joint venture with his publishing company, Naughty Words.

As part of the deal, Naughty Words will now be handled by Downtown’s creative and advisory services and global royalty collection platform, Songtrust, servicing both his own own and Naughty Words’ song catalogues.

“We are thrilled and delighted to have signed Naughty Boy and Naughty Words to Downtown,” said Roberto Neri, managing director of Downtown Music UK. “Shah is a world class songwriter/producer of the highest calibre. He has successfully discovered and nurtured artists with sustainable careers during turbulent times in our industry and continues to identify the creators and artists of the future. Downtown is the natural home to further excel Shah’s vision and the extraordinary creative feats and success he has had to date.”

Khan added: "I am really excited about embarking upon a new chapter in my songwriting career with Downtown and together will continue building the Naughty Boy brand worldwide, film scoring and sync music are just a couple of the areas I want to expand on and also developing the Naughty Words brand further."

Following the success of his debut album, Hotel Cabana, including the No.1 hit La La La featuring Smith, as well as Wonder and Lifted, both featuring Sandé, Khan will release his second album later this year via Virgin.

The signing of Naughty Boy and the new venture with Naughty Words highlights Downtown’s investment in British songwriters since opening its London office in 2015, having inked agreements with the likes of Sacha Skarbek, Imogen Heap, Izzy Bizu, Slaves, and Zdot.

Downtown has also opened a new office in Tokyo, as it bids to expand its global reach. Based in Tokyo, it will focus on signing and developing Japanese songwriters, artists and producers, marketing and promoting Downtown's English-catalogue across the country.