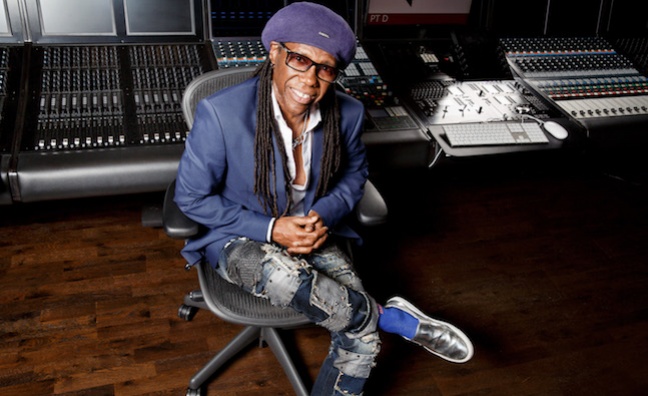 The former BPI and EMI executive has died aged 62 after a battle with cancer. Her death prompted tributes from industry colleagues.

During a performance at Hampton Court Palace Festival, Nile Rodgers dedicated Chic’s Thinking Of You to Sara John as her photo was shown on the big screen on stage.

Sara John had been consulting for Hipgnosis, of which Nile Rodgers sits on the advisory board. Rodgers paid tribute to her work on behalf of songwriters.

“A huge catalyst for this work was Sara John Nervkla, who we lost a week ago after an eight-year battle with cancer,” he said. “Sara was an incredibly important part of the Hipgnosis team, she was amazing. She fought hard for us and all the songwriters on this planet. She was also an incredible part of our efforts with the DCMS [streaming inquiry]. She was known by all for her amazing work and not letting cancer get in the way of fighting on behalf of songwriters and artists. We miss her terribly.”

The tribute was preceded by an impassioned speech from stage about the way in which artists and songwriters are paid for their work.

Rodgers spoke about the positive result for the UK and international artistic community of the House of Commons Digital, Culture, Media and Sport (DCMS) Select Committee’s recent inquiry and report into the impact of music streaming, which called for government action to ‘reset’ the music industry and redress the balance in favour of artists and songwriters.

Rodgers, who gave evidence to the DCMS Committee during its inquiry, and his manager and partner Merck Mercuriadis, CEO and founder of Hipgnosis Songs Fund, have long called for reforms on the remuneration of songwriters and artists.

Speaking on stage, Nile Rodgers said:  “My manager and partner Merck Mercuriadis and I, through our company Hipgnosis Songs Fund, have been leading a fight on behalf of songwriters and artists to take them from the bottom of the economic equation to the top where they rightfully belong.

“When we started this advocacy four years ago, we could never have dreamed that it would be politicians who would be able to clearly see the problems in the music industry and, through the DCMS Select Committee, make incredibly strong and astute recommendations to the government on behalf of songwriters and the artistic community to make the streaming economy fairer and more equitable. We are intent on ensuring that songwriters are recognised and remunerated properly.”