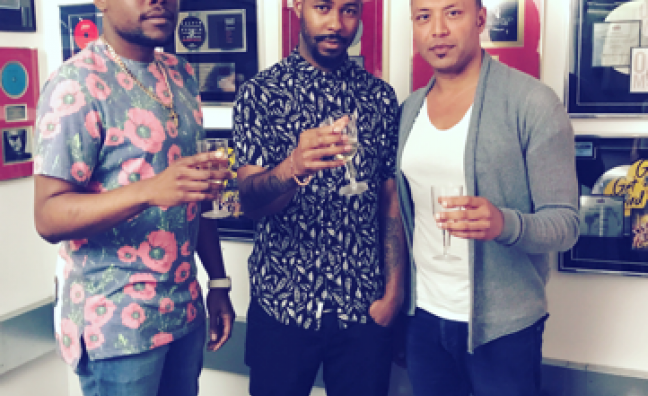 Duvall is a founding member of the Parlophone-signed Disciples, and has written and produced a string of hits for the group and other artists including Move by Little Mix. He first signed to Phrased Differently in March 2010.

Hiten Bharadia, founder and MD of Phrased Differently said: “Duvall is one of a kind, a true artist and professional in every sense of the word whether he’s working on records for his Disciples project or writing and producing for others.  He’s been with us from the very beginning and I know that he could have signed anywhere, to any Major, but I’m proud to say he chose to renew his deal with us.

"With further exciting UK and US collaborations, I know the best is yet to come.”

As a member of Disciples, he produced and co-wrote How Deep Is Your Love for Calvin Harris & Disciples, which has gone on to sell over five million copies and also won an MTV Video Music Award. Duvall also co-wrote and produced Disciples collaboration No Worries with David Guetta and more recently the latest Disciples single On My Mind, which was certified silver in the UK last week and which is starting to break in Europe.

“Phrased Differently and Hiten Bharadia believed in me from the very beginning and have continued to show the highest level of creative support, commitment and loyalty," said Duvall. "There’s no other publisher I could call home other than Phrased Differently!”

See the latest issue of Music Week for an exclusive interview with Bharadia regarding the deal. Subscribe here.