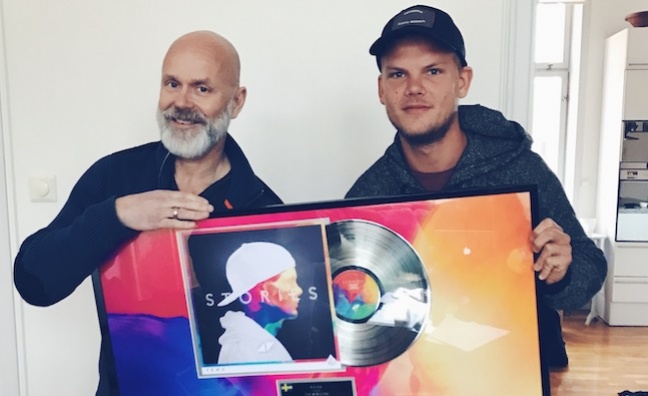 The family and estate of DJ, songwriter, producer and composer Avicii (Tim Bergling) has signed a catalogue agreement with Pophouse Entertainment.

Pophouse is the Stockholm-based entertainment company, which is behind the ABBA Voyage show in London.

Pophouse has acquired a 75% ownership in the artist’s master recordings and publishing, with Avicii’s family and estate maintaining ownership of the remaining 25%.

A joint venture has been created between the family and estate of Tim Bergling and Pophouse to safeguard Avicii’s legacy through future global endeavours, such as the interactive tribute museum in Stockholm, which opened in February.

For Tim Bergling’s parents, Klas Bergling and Anki Lidén, the agreement enables them to take more time to focus on the Tim Bergling Foundation, which they founded in their son’s name one year after his passing.

Klas Bergling said: “Pophouse has presented a concrete concept and proposal for the long-term care and development of Tim's musical heritage. Through this deal, we are also securing the Tim Bergling Foundation's long-term finances, creating an opportunity to act decisively on the Foundation’s commitments to supporting such important issues as mental health and wellbeing of young people. Working with the Tim Bergling Foundation is a full-time commitment for us. The foundation has only been running for a few years and much needs to be done for a long time to come.”

Pophouse CEO Per Sundin first signed Avicii to Universal Sweden in 2010 as CEO of that company (the pair are pictured together).

Sundin said: “Tim was not only one of the world's best DJs, he was an extremely productive genius who always went his own way, mixing genres, challenging conventions and creating music history. I followed his whole journey, and it is with honour and pride that I and the entire Pophouse company, together with the Bergling family, will nurture and introduce his music to new generations of listeners in all parts of the world.”

The Avicii agreement comes several months after Pophouse acquired the master recordings and publishing assets of the back catalogue of Swedish House Mafia, and formed a joint venture with the trio’s members to develop and amplify the SHM brand worldwide.

Earlier this year, Pophouse appointed former Capitol Music Group and Columbia Records head Steve Barnett to the company’s investment advisory committee to lead the company’s targeted outreach with US- and UK-based rights-holders to invest in the legacies of iconic entertainment brands.