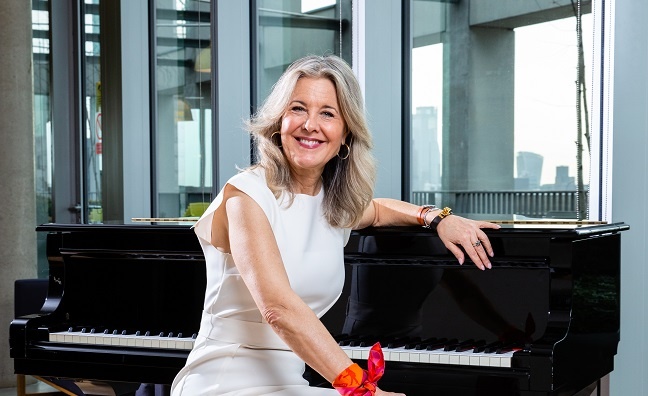 The collection society represents the rights of more than 145,000 songwriters, composers and music publishers in the UK and worldwide. Speaking to Music Week, CEO Andrea C Martin has already warned about the likely impact on future collections from the global Covid-19 pandemic.

But that’s a problem for another day. The 2019 results are a retrospective record of continued growth for PRS.

PRS for Music – both in-house and through its joint venture partners – processed 18.8 trillion performances of music last year, including music streamed, downloaded, broadcast on TV and radio, played in business premises, and played live around the globe. This is a 67.8% increase on 2018, with further growth predicted in the future.

“We're starting to invest in technology because we have a lot of old technology,” said Martin. “We need to make sure we bring things into the cloud [because of] that big amount of data. We have to keep our tech up to date, because we're talking about trillions of data sets that we have to crunch every time we do a distribution, and we saw just in the first quarter a 42% increase.”

International royalty income continues to be the largest revenue stream for PRS for Music members, though it was actually down last year compared to 2018. In 2019, £278.7m was collected through reciprocal agreements with societies around the world, a slight decrease of 1.1% (£3.2m) on a constant currency basis, but 33.6% growth over a five-year period. Global chart successes and major live world tours from PRS members including Ed Sheeran, Elton John, Florence + the Machine, Phil Collins, and The Rolling Stones contributed to this growth.

While collections were flat, international distributions increased by 12.3% to £261.2m, as a result of a backlog of settlements from prior periods. Europe and Latin America declined, though North America and the Asia Pacific region increased.

Royalties generated from online platforms, including downloads, online video games and streaming services were up by 24.2% (£34.9m) year-on-year at constant currency to £179.1m. UK songwriters contributed to streaming hits including Someone You Loved by Lewis Capaldi and Old Town Road by Lil Nas X, the two highest performing songs in the UK charts last year. Streaming royalties were up by 22.1% to £155m.

“Ice is our future,” said Martin. “We have one of the biggest collections of Anglo-American repertoire, which is very exportable, and of course that works really well on online. We did a lot of work in 2018 putting together licensees that we didn't have before, for example, with Facebook, Instagram and Mixcloud. So those are foundations we put in that we’re reaping on the royalty side on online.

“We're constantly looking at those new deals, whether it’s TikTok or new deals on video games, there's a lot of new digital providers that are popping up. We're always making sure that we're in the forefront of having those licence deals with those people.”

Last year, the society campaigned alongside other organisations to secure fundamental reform of copyright law in Europe, including Article 17 of the EU Copyright Directive, which requires user upload platforms to pay for the use of music. While the UK government has no plans to adopt the copyright law at this time, PRS for Music continues to press for a copyright regime which better reflects the online market in the UK, EU and around the world.

Music used across video-on-demand platforms, including Netflix and Amazon Prime, also contributed to the growth in online revenue. Income from broadcasters reached £130.8m, up 2.4% on 2018.

Last year was the first full year of operation for the organisation’s joint venture with PPL.

“The first year was hard,” said Martin.” But one of our big revenue streams that has increased has been public performance, it's up almost 16%, and we see the payback of our second year in operations for the joint venture. I think that's fantastic.”

She added: “A lot of the new things we have implemented are now paying back, it’s about having the guts to do some of that. It's not always easy to do a joint venture like PPL or Ice when you have a membership organisation that is looking at costs, so it's balancing the short term and the long term.”

Royalties from live performances climbed 38.8% to £54m in 2019. A rise in music festivals taking place across the UK and the return of Glastonbury contributed to this result. High-selling UK concerts from PRS members Spice Girls and Take That and UK tours from Ariana Grande, BTS, Drake, Michael Bublé, and Pink, where PRS members’ repertoire prominently featured, also contributed to the strong results.

“Some things worked in our favour because of some of the concerts last year, that also increased our live performance [collections],” said Martin.

Martin said: “We are now focusing our efforts on future income and distributions. While our 2019 financial results are record-breaking, we are all too aware that due to the coronavirus pandemic, the music industry and its community faces unprecedented times ahead. With TV and film productions on hold, closure of businesses, public premises, and the cancellation of festivals, concerts and other live music events, we will inevitably see a decline in future royalties in 2020 and into 2021.

“We expect the most significant impact will be on our public performance business and the royalties we collect internationally, but at this stage the exact financial impact, and how this will affect individual members, is extremely difficult to fully predict. We are closely monitoring the situation from every angle possible and taking proactive steps to safeguard royalties and mitigate risk throughout this period of significant disruption.”