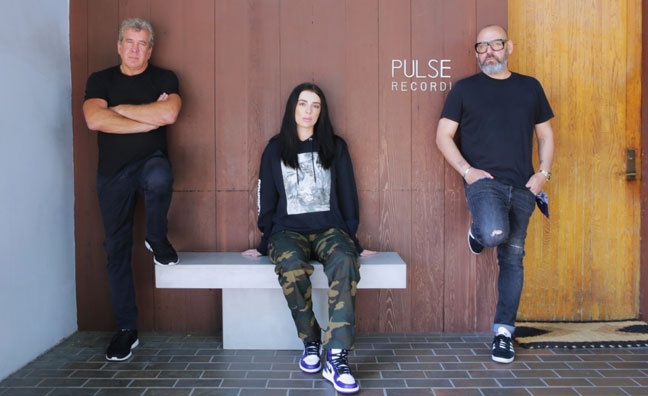 Scott Cutler and Josh Abraham, co-CEOs of Pulse Music Group, have announced the promotion of Ashley Calhoun to president/head of creative.

Calhoun moves up after previously serving as senior vice president/head of creative at the company. Prior to joining Pulse, Calhoun served as creative director at Rondor Music Publishing (a division of Universal Music Publishing Group) and worked as a consultant on projects for RCA Records.

An official press release stated that, in her new role, Calhoun will be “responsible for leading Pulse’s world-class A&R team, signing and developing writers/producers, and overseeing the company’s creative strategy for new and established hitmakers spanning one of the hottest music publishing rosters in the industry.”

Based at the company’s Los Angeles headquarters, Calhoun reports jointly to Cutler and Abraham.

Under the helm of Cutler, Abraham and Calhoun, Pulse Music Group currently has a chart trifecta with the No.1, No.2 and No.3 songs on the US Top 100 chart with Harry Styles’ As It Was (via Tyler Johnson), Jack Harlow’s First Class (via Angel Lopez) and Future’s Wait For U Ft. Drake & Tems” (via FNZ and Springbrk).

Speaking about Calhoun’s promotion, Scott Cutler and Josh Abraham said: “Ashley has a consistent history of being at the forefront of signing talent early and then creating career-defining moments for them. She’s a one-of-a-kind A&R executive – she’s got such authentic connections to our writers, amazing taste, a razor-sharp focus, and our writers and team love her. Her creative vision is perfectly aligned with our company’s ethos of being a world class incubator for culturally relevant songs and a creative sanctuary for our roster. Pulse Music Group is uniquely positioned as an indie to help great talent reach the next level in their careers and Ashley has been invaluable in taking that creative strategy in exciting directions. We are beyond happy to congratulate Ashley on this richly deserved new post and look forward to many more wins together.”

Ashley Calhoun added: “Pulse is synonymous with creative culture. When a writer walks on to our campus, they get right away that Pulse Music Group has built this creative sanctuary for our roster and a real community of great songwriters/producers to surround themselves with. Our company was founded by songwriters/producers so, from the top down, there’s a lot of relatability. We know exactly how to support our writers and how to help them to build their business. Pulse has a diverse, empowered A&R team that signs people who are a ‘one of one’ and stand out for doing something different and then we just go really hard for them—that’s why we have a lot of clients that stay with Pulse. We’ve been really successful at landing big opportunities for our clients. We have the best A&R team I think of any indie out there. I want to thank Scott and Josh for giving me the opportunity to lead the Pulse A&R team in the years ahead. It’s an incredible honour to work with the best of the best.”