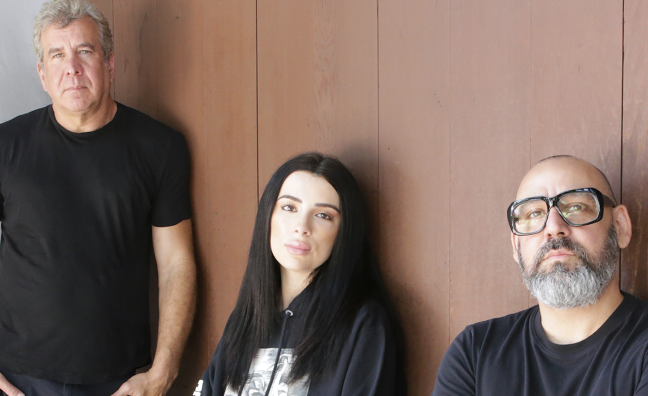 Pulse Music Group has announced the promotion of Ashley Calhoun to senior vice president/head of creative. The appointment was revealed on June 8 by Scott Cutler and Josh Abraham, co-CEOs of PMG.

Calhoun joined Pulse in 2015 as senior director of A&R and was promoted to vice president in 2017. Prior to joining the company, Calhoun served as creative director at Rondor Music Publishing (a division of Universal Music Publishing Group). She has also served as a consultant on projects for RCA Records.

Calhoun’s signing Oz has worked on recent hits like Drake’s Toosie Slide, Travis Scott’s Highest In the Room, Drake & Future’s Life Is Good. Her newest signing Kehlani debuted at No.1 on the Top R&B Albums chart in the US with It Was Good Until It Wasn’t.

According to an official press release, in her new role Calhoun will be responsible for leading Pulse’s A&R team and overseeing the company’s creative strategy for its publishing roster.

Speaking about the appointment in a joint statement, Scott Cutler and Josh Abraham said:

“Ashley has consistently proven that she is a remarkable A&R executive adept at curating globally impactful music. She has the ear for talent, an authentic connection to our songwriters, and the right instincts and industry relationships. Pulse was built by songwriters for the modern songwriter culture and, with Ashley at the helm of our creative team, we know that Pulse will continue to be a world class incubator for culturally relevant songs. We are thrilled to recognize all of Ashley’s achievements at Pulse with this well-deserved promotion.”

Ashley Calhoun said: “Pulse provides a sanctuary for clients at all stages of their careers, from young songwriters to the biggest names in music. Our young, driven and diverse A&R team is attracting the most cutting-edge, globally revered creators – I think the music community sees how determined we are to create career-defining moments for our writers and how successful Pulse has been at landing those big opportunities. I’m thankful to Scott and Josh for this promotion and look forward to more big things ahead as we continue building the best A&R team in the business.”

Pulse Music Group president and head of creative Maria Egan will be leaving the company for an opportunity that will be announced imminently.

Egan commented: “I have enjoyed an amazing seven years at Pulse and I’m so proud of the world-class roster and team that we built. I wish Ashley all the best for her new role—no one could be better to take the reins of the A&R team, and I will be cheering on the company for its continued success.”

Cutler and Abraham added: “Maria has made incredible contributions to Pulse during her time as President/Head of Creative—she has helped us to build an A&R team that is second to none and she leaves behind a legacy of hits, accolades, and empowered creative executives that has helped to shape the Pulse story. We wish Maria all success in her new endeavor.”