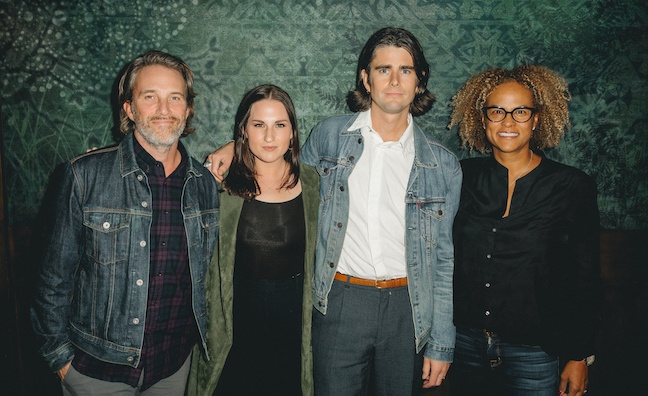 Reservoir Media has agreed a new publishing deal with songwriter-producer Leroy Clampitt for his future works.

Clampitt has received industry recognition for his collaborations. His co-write of Company by Justin Bieber landed him on APRA’s The 1,000,000,000 List, an honour acknowledging songwriters who have accumulated over one billion streams globally for an original song.

Clampitt followed his success on Company with several big collaborations, including producing Genesis by Dua Lipa. Clampitt also produced and co-wrote the theme for Jennifer Lopez’s 2022 film Marry Me, entitled On My Way (Marry Me), which won Best Song at the 2022 MTV Movie & TV Awards.

Following Madison Beer’s debut album Life Support, which he executive produced and co-wrote, Clampitt worked on her latest three singles, I Have Never Felt More Alive, Dangerous and Showed Me. He also collaborated on five tracks on Sabrina Carpenter’s Emails I Can’t Send.

In addition to writing and producing with major pop artists today, Clampitt works with an eclectic group of critically recognised artists such as Laufey, Madeline The Person, Broods, Lennon Stella, Adam Melchor. He has cultivated a network of fellow songwriters and producers, including Reservoir roster mate Ali Tamposi.

Leroy Clampitt said: “I'm incredibly inspired to be making music with the support of Donna Caseine, James Cheney and everyone at Reservoir. It’s so wonderful to know my songs are in safe hands. It’s an honour to be welcomed into the family.”

Donna Caseine, Reservoir EVP, global creative director, said: “I have such a deep admiration for Leroy’s ability to create music that is not only sonically interesting, but also commercially successful. His songs and production are exquisite.”

She added, “As a Leroy fan, I’m ecstatic to be his publisher and look forward to working with Leroy and his manager Hannah Babitt to continue to build his network and create fantastic music together.”