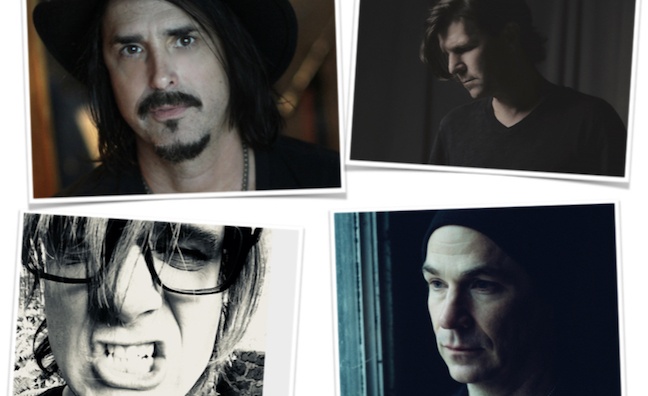 With a combined total of upwards of 155 million albums sold and 35 US No.1 hits in multiple genres over three decades, 4 Horsemen Music are a major addition to Round Hill’s publishing roster.

4 Horsemen Music currently have the No.1 single at Active Rock with Shinedown’s Atlas Falls co-written by Zac Maloy, and are at No.3 in the US format with Daughtry’s World On Fire, a collaboration with Marti Frederiksen and Scott Stevens.

Josh Gruss, founder and CEO of Round Hill Music, said: “It’s a pleasure to have these fine gentlemen of songwriting prowess join the family at Round Hill Music. Marti has been my friend and partner at Sienna recording studios for many years now and it’s great to bring him even closer into the organisation. Blair, Scott and Zac are amazing writers especially in the rock category and the four of them together make a killer, go-to songwriting unit, with production chops to boot, and to weave them in with all the great artists we have at our record labels will surely result in great synergy. It’s amazing to announce this along with an active rock No.1 for the partnership.”

Marti Frederiksen came to prominence as a songwriter and producer when he caught the attention of legendary A&R rep John Kalodner who introduced him to his now longtime collaborators, Aerosmith. Frederiksen co-wrote and produced the band’s Just Push Play. He went on to write with Def Leppard, Mick Jagger, Faith Hill, Sheryl Crow, Eminem, Pink, Daughtry, Ozzy Osbourne, Buckcherry and more.  Now residing in Nashville, he is also the lead singer and guitar player for The Loving Mary Band, who supports Steven Tyler, Gretchen Wilson and Mick Fleetwood.

Zac Maloy is the founding member of the rock band The Nixons. He has worked with artists such as Daughtry, Tim McGraw, Skillet and Shinedown. Maloy also co-wrote the No.1 country song Temporary Home with Carrie Underwood.