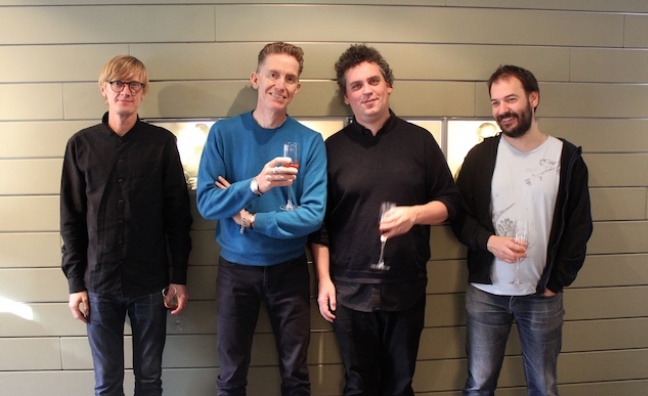 The dance duo – James Ford and Jas Shaw – inked the agreement with Mike Smith, MD of Warner/Chappell Music UK. They were previously with Kobalt.

James Ford and Jas Shaw said: “We’re delighted to be working with Mike and the team at Warner/Chappell. We’ve got a lot of exciting projects in the pipeline and it’s good to know they’ll be supporting us as we take them forward.”

Smith added: “James and Jas are endlessly inventive, pushing at the boundaries of electronic music and techno. Their experimental approach means that the music they write is always fresh and I can’t wait to see what they come up with next.  It’s a real pleasure to welcome them to the Warner/Chappell roster and I look forward to working with them.”

The duo launched their own record label, Delicacies, in 2010. The label has released a series of club singles and their 2013 Live album.

Shaw has built and runs his own recording studio, as well as playing DJ shows.